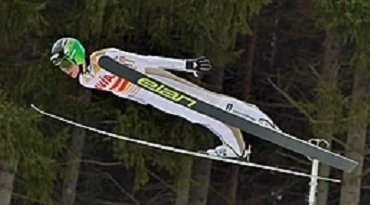 The premiere of the mixed ski jumping event at the winter Olympics has ended in farce, with massive disqualifications and talk of the event becoming “a Punch and Judy show”. Favourites Germany as well as Japan and Austria were all disqualified, with those affected beside themselves and calling the disqualifications a scandal.
The event was over as soon as it started with the long-term world champion Katharina Althaus, disqualified at the start apparently for not conforming to the rules.
Men’s National Coach Stefan Horngacher told ZDF: “This is really bitter. At the Olympics, they start testing differently or more. For me, this is slowly becoming a Punch and Judy show. We jump with these measurements all the time. It’s strange.” He continued saying: “From my point of view, it’s no longer in the interest of the sport. You have to work hard to make it through.”
The team, which won the World Championship four times in a row in this discipline, was still on course for a medal until Ms Althaus was disqualified.
Disqualifications for top jumpers
The Finnish Material Inspector Mika Jukkara also cracked down on other nations: first Japan’s top jumper Sara Takanashi, and a little later Austria’s Daniela Iraschko-Stolz. And in the second round, Norway.
Horngacher no longer understood the world. “The suit is stretchy material. I’m very disappointed,” said the Austrian: “But the positive thing is: we made a lot of good jumps.
Germany’s men’s co-favourite Geiger experienced a weak day missing the medals, but was looking forward to a podium finish in mixed jump, only for his celebrations to be cut short when he was told of the disqualification.
“I didn’t even notice. I was happy about my jump,” said Geiger: “It was the first that I managed. It’s super bizarre that three are out now. This is a tough number. I don’t know what has been checked now.”
The mixed ski jumping competition was part of the Olympic program for the first time in Beijing. The disqualification coming as a surprise for German who have won gold four times in five World Championship events. Both Althaus and Markus Eisenbichler were part of those winning teams.