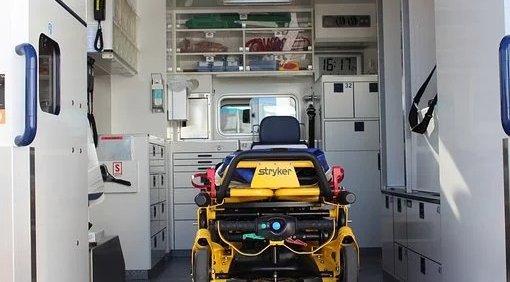 Seriously injured: Eight metre fall during a police escape attempt in Malaga. A man has been seriously injured.
Officers from the Local Police of Velez-Malaga received a call on Saturday at 4:30am. The caller was complaining about loud noise and nuisance being caused by a group of people drinking in the street. The people were in the Plaza del Carmen. The street drinking was accompanied by loud music.
Police officers rushed to the scene of the disturbance and when they arrived they discovered a group of people at one end of the square. Two of the people attempted to flee from the police.
The officers heard a loud bang and when they investigated they found one of the people lying on the ground. The injured person was bleeding profusely from the mouth, nose and ears after having fallen around eight metres. The person had fallen onto Calle Portería del Carmen in front of the public car park.
The officers quickly called for an ambulance. When the medics arrived they treated the injured man in the street for more than two hours. After being intubated he was rushed to hospital in a very serious condition. The man is now in the intensive care unit at the Regional Hospital of Malaga.
No details regarding the man’s identity have been released yet.
Officers from the National Police have begun an investigation into the incident. They are investigating how the fall occurred. They are also looking into the legal situation of the man involved in the fall. According to Diario Sur, the man is believed to be of Moroccan origin and is around 40 years old.
The police officers identified three other people involved in the street drinking.