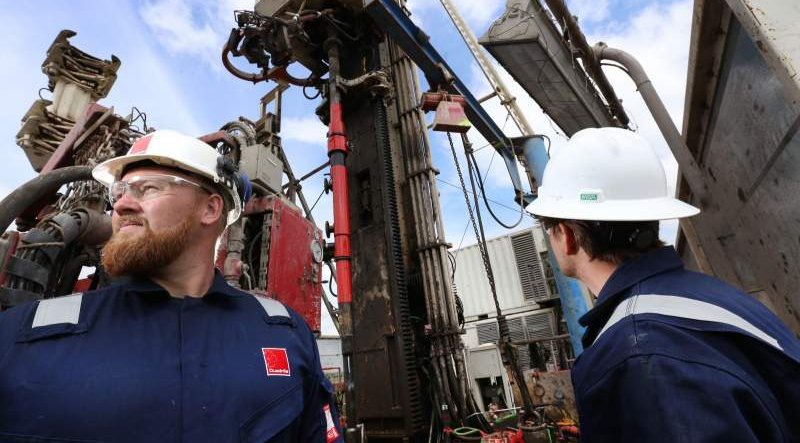 The fracking company, Cuadrilla, is to plug two shale gas wells on the orders of the government’s industry regulator, Oil and Gas Authority (OGA). The wells drilled at the Preston New Road (PNR) Lancashire shale exploration site will be permanently sealed with cement after all the pipes and valves have been removed from the site.
Cuadrilla claim the controversial fracking process has the potential to meet the UK’s energy needs and alleviate the cost of living crisis, as well as create jobs and aid levelling up.
However analysts and green campaigners say because gas is globally traded, meaning it is sold to the highest bidder, it is unlikely to help the man in the street or UK businesses.
Cuadrilla’s chief executive officer, Francis Egan, said he thought the decision had not “been properly thought through.
“Leaving our own shale gas in the ground will make reducing global emissions even harder.
“Emissions from importing gas are far higher than those from home-produced shale gas.”
His comments were echoed by the Net Zero Scrutiny group of roughly 20 Conservative MPs, who raise fears about climate action.
A different view is held by the Conservative Environment Network group of 123 MPs. Sam Hall, director of the group said” fracked gas had limited potential to reduce energy bills, because of our population density and pipelines to the European gas market.
“The government expended significant political capital and taxpayers’ money trying to kick-start fracking in the UK, but the industry couldn’t win communities’ support or frack without causing tremors.”
He added the government was “right to focus on expanding domestic clean energy and reducing gas demand as the route out of the current energy bill crisis.”
That view is supported by green groups who warn the UK should avoid “lock-in” to burning the climate-heating fossil fuel and accelerate the shift to domestic renewable energy.
Although the decision has only been made by OGA now, the wells have remained unused since 2019 when the government imposed a moratorium on fracking over concerns about tremors.
They took the decision becuase of the disturbance caused to residents living near Cuadrilla’s Preston New Road site in Lancashire.
An OGA report had found that it was not currently possible to accurately predict the probability or magnitude of earthquakes linked to fracking operations, resulting in the decision to order Cuadrilla to plug the shale gas wells.