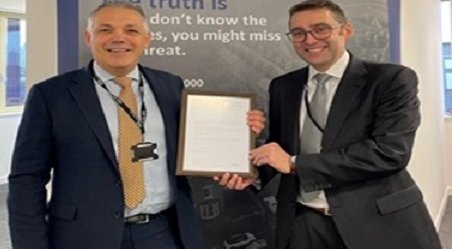 Pensioner ‘thrown in air’ during Ryanair flight ‘turbulence’ settles court action.
The Australian pensioner had been heading from Italy to Belgium on a flight that took place in September 2015. 72-year-old Lynette Peucker from Gisborne, South Victoria in Australia claims that when the Ryanair flight was hit by terrible turbulence she fell and fractured her ankle.
The pensioner alleged that the airline failed to warn her of the impending turbulence. She claimed that passengers had been walking freely in the plane and that the seatbelt sign was turned off.
Due to the incident, Lynette has said that she suffered from an extreme and immediate psychological reaction. She is now afraid of flying.
Ryanair had disputed the claims and said that if the accident took place it was not due to an act of negligence on behalf of the airline. Ryanair also said the passenger had flown many times and should have been aware of the possibility of encountering turbulence.
The court hearing had been expected to take place on Wednesday. The pensioner who is now afraid of flying had been allowed to join the court via video link.
Ms Justice Leonie Reynolds was told that after discussions had taken place the matter had been settled out of court. The settlement terms are confidential.
Previously the pensioner told the court that she was “thrown up in the air” due to “severe turbulence” that hit the Ryanair flight.
Lynette had been waiting outside the toilet when the turbulence hit.  She allegedly fell and hit her head on a drinks cabinet and hurt her ankle. At the hospital as it was discovered that she had a fracture.