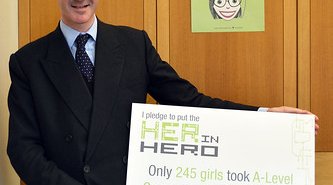 In what some would describe as a joke, the new Brexit minister Jacob Rees-Mogg today issues a plea to flag possible benefits from the country leaving the EU. The plea was made in a letter published in Thursday’s edition of The Sun.

Rees-Mogg, who was moved to the position as part of a mini reshuffle by the prime minister earlier this week, said he wanted to use the position to scrap EU regulations. But the minister, who has long been a staunch Brexiteer, said he was unable to identify regulations that needed scrapping by himself.
The minister in making his “appeal to Sun readers” quoted right-wing US president Ronald Regan on the benefits of cutting back the state and said: “To do my job, I need your wisdom … I implore you to write to me with the regulations you want abolished – those which make life harder for business businesses, which shut out competition, or simply increase the cost of operating.”
Previous reviews of so-called EU red tape have yielded little results despite Brexiteers regularly identifying this as a reason for leaving the bloc. According to Rees-Mogg the UK could go “a very long way” to rolling back high EU standards and said regulations that were good enough for India” could be good enough for the UK.
“We could, if we wanted, accept emissions standards from India, America, and Europe. There’d be no contradiction with that,” Mr Rees-Mogg told a parliamentary committee in 2016 a few months after the EU referendum.
“We could say, if it’s good enough in India, it’s good enough for here. There’s nothing to stop that.
“We could take it a very long way. American emission standards are fine – probably in some cases higher.
“I accept that we’re not going to allow dangerous toys to come in from China, we don’t want to see those kind of risks. But there’s a very long way you can go.”
Rees-Mogg is expected to work with the government’s Brexit Opportunities Unit in the Cabinet Office to come up with regulations he wants scrapped, and to highlight opportunities that he believes could be exploited.
The post of Brexit minister has been somewhat of a revolving door with little evidence of any significant results and certainly no high profile pieces of work, so in some respects it is of little surprise that Rees-Mogg issues his plea to readers of the Sun newspaper to flag possible Brexit benefit.