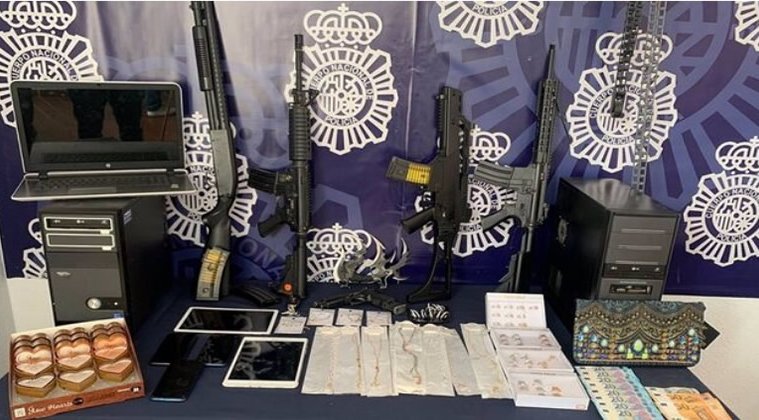 National Police officers in the Malaga municipality of Fuengirola have arrested a couple who allegedly swindled at least a hundred people through an online fashion store they advertised on a well-known social network.
As reported by the National Police in a statement, this elaborate fraud has left victims across much of the country, gaining the detained couple around €50,000. Their scam involved offering their own creations, including jewellery, and even cosmetic products for sale, which never reached the buyers.
‘Operation Bombon’ was carried out by agents attached to the UDEV of Fuengirola Police Station. It was launched in the last quarter of 2021, although the criminal activity of those investigated dates back to mid-2020.
The alleged perpetrators of the plot, a man and a woman, 38 and 47 years old, both with multiple records for crimes against property, operated an online fashion store. They took advantage of the pull of a popular social network to make themselves known, and subsequently attract customers.
After reaching an agreement for the sale of the products, the customers made the payment through Bizum, but never received the goods they purchased. Many of the cases were not even reported, due to the low amount of the scam, whose average sale was between €50 and €100.
Another parallel modus operandi had also been created consisting of recruiting collaborators or partners. They made their followers believe that they were facing a commercial activity that was expanding and very profitable.
There are several affected in this second variant of fraud, highlighting the case of a citizen of Albacete who transferred €35,000 to the alleged fraudsters to join them as a businessman.
According to the investigations, the suspects deleted public comments from their profiles on social networks when they got accused of being fraudsters, even threatening those who dared to denounce them.
Those investigated had lived for some time in an occupied address in the town of Fuengirola, having made fraud and the occupation of real estate their way of life, according to the officers in charge of the case.
In a search of their homes, officers seized money, simulated weapons, documentation, a vehicle, and computer drives. Those arrested have been placed at the disposal of the Investigating Court No3 of Fuengirola, as reported by malaghoy.es.