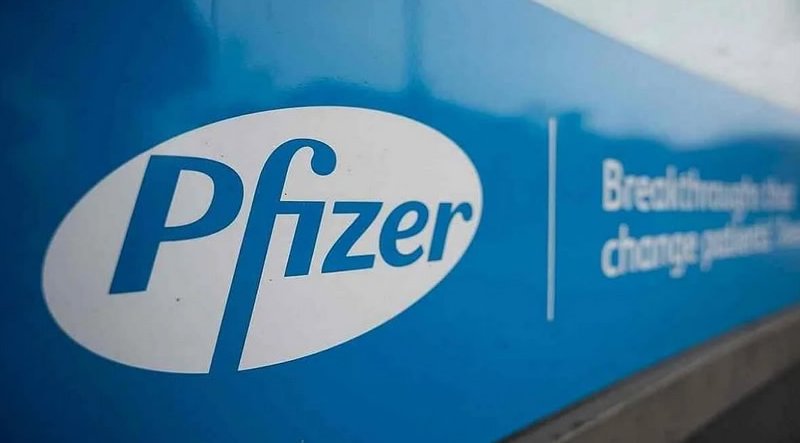 Image of the Pfizer logo on a sign. Credit: Pfizer

According to a new study conducted at the School of Public Health in the University of Haifa, in Israel, the proportion of women who reported side effects after receiving their first, second, or third dose of the Pfizer vaccine, is almost double (1.9 times) that of men.

“We don’t know what mechanism is involved, but it may be related to differences between the sexes in the immune system, or in the perception of side effects”, said Professor Manfred Green, principal investigator of the study.
The professor explained that one possibility is that women’s immune systems “respond more strongly than men’s to foreign antigens”.

Pfizer’s vaccines are based on the injection of a nucleic acid (mRNA) that codes for one of the virus’s proteins. Its goal is to stimulate the production of antibodies against the virus, and protect the recipient against the disease.

Vaccination is sometimes accompanied by side effects, manifested, for example, in pain at the site of vaccination, or in the entire arm, fever, weakness, fatigue, and paresthesias in various parts of the body. The researchers examined the differences between men and women in reporting side effects after receiving Pfizer’s vaccines in Israel.

Thus, the study was based on the collection of data from four different sources: the reports sent to the Ministry of Health on side effects in individuals over 16 years of age during the period between December 2019 and June 2021; a survey of 923 participants over the age of 30 conducted in June 2021; and two additional surveys with 560 participants ages 20 to 65 conducted in workplaces in September 2021.

The results of the study, published in the magazine Vaccines, showed that the reporting of side effects after the first, second, and third vaccinations is approximately 1.9 times higher among women than among men, as reported by elespanol.com.