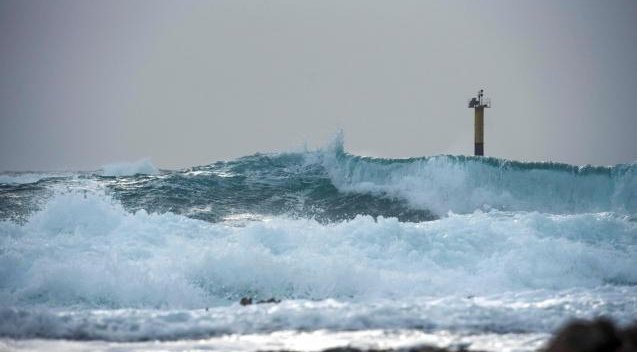 AEMET, the State Meteorological Agency has issued twelve northern provinces of Spain with yellow warnings for tomorrow, Monday, February 14. Six of the warnings are for heavy snowfall, in Huesca, Burgos, Leon, Palencia, Lleida, and Navarra, while the other six are for high waves in coastal areas.
An Atlantic front will produce cloudy skies, bringing rain and showers in Galicia, Cantabria, and the Pyrenees. These showers could be accompanied by occasional storms.
Rainfall will be more abundant in the eastern Basque coast, and the north of Navarra, where they could be locally persistent. In the northeast of Catalonia there could be locally strong showers.
In the rest of the country, the Balearic Islands, and the Strait, a cloud band will cross from northwest to southeast, with weak, scattered, and occasional rainfall. This rain will be more likely and locally persistent in mountainous areas, but has a low probability of reaching the southern Mediterranean area.
Cloudy skies are forecast in the Canary Islands, with probable light rains in the north of the mountainous islands, without ruling them out in the rest of the archipelago.
Snow levels this Monday 14 will be around 800/1,000 metres in the Cantabrian mountain range; at 1,000/1,400 metres down to 800/1,000 in the Pyrenees and Central and Iberian systems. In the southeast 1,600/1,800 metres, dropping to 1,200/1,400.
Maximum temperatures will rise in the Mediterranean area, but will fall in the Bay of Biscay, and much of the interior, more markedly in the northern half. Minimums will rise in the peninsular southeast, and the Balearic Islands and will have a predominance of decreases in the rest.
In the Canary Islands, they will drop, and weak frosts are expected in the North plateau, Iberian, and Central systems, isolated points of the southeast mountain ranges, and will be more intense in the Pyrenees, as reported by elperiodico.com.