One of Europol's 'most wanted' drug traffickers arrested in Barcelona 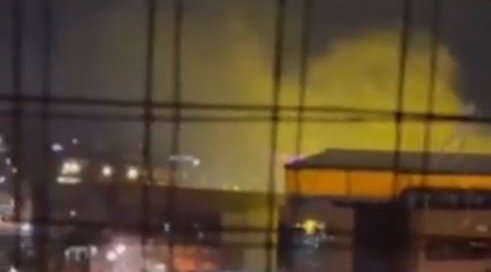 The National Police has arrested one of Europol’s most wanted fugitives. He was living on a luxury urbanization in the Barcelona area. The detainee is accused of being involved in transporting more than 300 kilos of heroin from Iran to his native country of Slovenia.

As reported this Saturday, February 12, by the National Police, the detainee – EK, alias DEC – was apprehended after a complex surveillance device in the urbanization where he lived. He was on a Europol list, along with a hundred of the most wanted and dangerous fugitives in Europe.

The detainee faces a possible sentence of ten years in prison in his own country. Between March 2018 and May 2019, he was involved in transporting more than 300 kilos of heroin from Iran to Slovenia, along with four other people.

An investigation to locate this fugitive – considered a target of “high value” – began at the end of 2019, when specialised officers of the National Police became aware of the European arrest and surrender warrant issued by Slovenia for EK, for drug trafficking.

Permanent contact with the Slovenian Police was maintained by the National Police in Spain. By regularly exchanging information, it was possible to discover data on the false entities used by the fugitive, the properties where he had lived, and the vehicles he had used.

Finally, investigators located his home in a Barcelona town, where he lived with his family in a luxury development next to a golf course.

According to a police statement, the characteristics of the urbanisation, as well as the existence of a neighborhood chat group, set up to warn of any strange presence in the area, forced them to establish distant surveillance of the house from a wooded area.

Once the presence of the suspect at the location was confirmed, he was arrested, with the support of two Slovenian officers expressly dispatched to the scene. Suspecting that the man could be armed, and taking into account his dangerousness, the officers reportedly acted with surprise and forcefulness while arresting him, as reported by laopiniondemalaga.es.