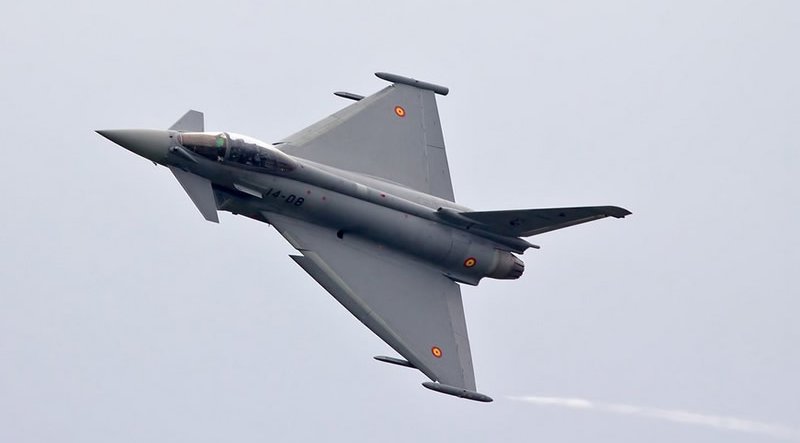 As tensions in Eastern Europe escalate, Spain currently has around 800 troops deployed in countries bordering Ukraine. According to sources from the Ministry of Defence, four Spanish Eurofighter aircraft were deployed to Bulgaria, and began their mission yesterday, Friday, February 11.

These planes will join the three warships that are already in the Black Sea, which Spain sent a few weeks ago. The frigate ‘Blas de Lezo’, the ‘Meteoro’ maritime action ship, and the ‘Sella’ minehunter, have crews totalling 320 troops. Another 80 armoured vehicles are in Latvia, part of a detachment with 350 Spanish soldiers, that is on a mission that began in 2017.

“Spain has participated in all NATO deployments as a serious ally for years, and in this specific case, the departure of the frigate has been brought forward as agreed”, Minister of Defence, Margarita Robles said of the deployment some weeks ago.

As confirmed by Emil Eftimov, an admiral who is currently the head of the Bulgarian Army, the detachment will be made up of between 120 and 150 Spaniards. Eftimov pointed out that the fighter jets will carry out tasks of “interception, visual reconnaissance, and accompaniment”, until March 31.

With the prospect of conflict with the Russians seemingly only days away, Jose Manuel Albares, the diplomat who is Spain’s head of Foreign Affairs, insisted only last Wednesday 9 that dialogue was the best solution.
In a press conference with his Ukrainian counterpart, Dmitro Kuleba, Albares said, “The position of Spain and the EU is clear: we work for a scenario in which any difference that may exist is resolved through dialogue. War is not inevitable”, he declared, as reported by 20minutos.es.