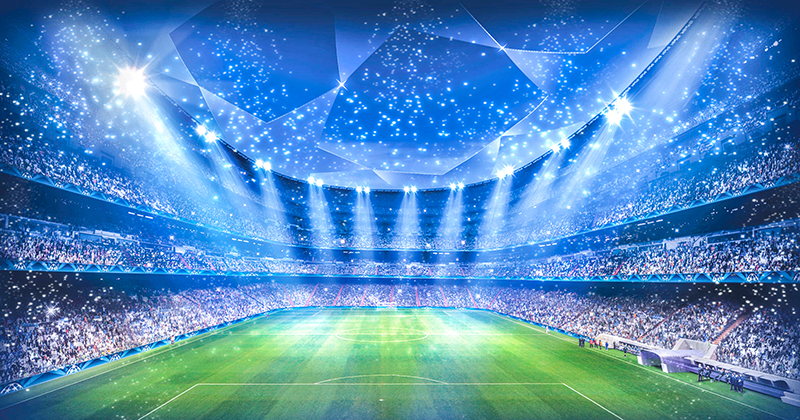 There are many cup competitions in the world of football. The English FA Cup is one of the best (if not THE best) and has been played since the 19th century. You can bet that the fifth round is going to be exciting and hopefully full of surprises.

That has been the case in the last couple of rounds. The Premier League and Championship sides entered in the third round last month. Those betting on the two rounds played in January and February may well have experienced some disappointments. That’s unless they love placing bets on the underdogs. Let’s hope they enjoy spending their winnings.

The third round of the 2021/22 FA Cup saw some big shocks. Arsenal lost at Championship side Nottingham Forest (more of whom soon), while League One Cambridge United won away at Newcastle. Burnley also lost at home, being beaten by Huddersfield Town from the Championship.

Non-league teams often shock the bookmakers by beating league teams. Boreham Wood from the National League knocked out League One AFC Wimbledon to reach the fourth round. They were joined in the last 32 by National League North side, Kidderminster Harriers who beat Reading from the Championship (four leagues above them) 2-1 at home.

The FA Cup is a competition that is followed all around the globe. Canadians love to place bets on the cup games. If wanting to join a sportsbook, it’s best to read a Canadian sports betting guide for helpful advice.

Favourite backers had more problems in the fourth round. Those betting on Manchester United were in for a shock. They were beaten at home by Middlesbrough in a penalty shootout. How many of us would have bet on Cristiano Ronaldo missing a penalty earlier in the game?

Back to the non-leaguers and a massive shock nearly happened in this round. Kidderminster led Premier League side West Ham United going into second half injury time, before the Hammers equalized. They went on to beat Kidderminster 2-1 but West Ham won’t forget that game in a hurry.

There was a shock at Bournemouth. The Championship team are chasing promotion this season but lost 1-0 at home to Boreham Wood who are in the fifth round for the first time in their history.

Those who love to bet on teams retaining a trophy will be upset. Leicester City won the FA Cup last May but on February 6 were beaten 4-1 at Nottingham Forest.

Now we wait for the FA Cup fifth round and there are some fascinating games. The ties are being played in midweek, starting on Monday February 28. Boreham Wood will attract the support of underdogs, but they face Everton from the Premier League in the last 16.

Everton continue to be in bad form, could sportsbooks have to pay out after one of the biggest giant-killings in FA Cup history?

Half of the teams in the last 16 are from the Premier League. Five of them have been given away draws. Norwich City have been causing bookies some headaches in recent weeks. They have suddenly found some form and won at Wolverhampton Wanderers in the fourth round. Norwich will need to improve further for round five. They travel to Anfield to take on Liverpool who will be strong favourites to progress.

Southampton host West Ham United in the fifth round and this is a tough one to predict. The home side have a good recent record in the FA Cup. There’s a chance they could upset the odds and beat the Hammers.

Crystal Palace are home to Championship side Stoke City. Betting on a home win looks a possible winner here.

The other Premier League sides have tricky games away against lower-league opposition. Manchester City are looking for a Premier League and FA Cup double. Sportsbooks won’t be expecting them to lose at Peterborough who are battling relegation in the Championship.

Chelsea have been drawn away to Luton Town. The Championship side did what Newcastle couldn’t in round three. They beat Cambridge United 3-0 and now host the current European champions.

The bookmakers had them heavy favourites to beat Plymouth Argyle in Round Four. They struggled though and only won 2-1 with their opponents missing a penalty late on in extra time Chelsea should be able to beat Luton though.

Tottenham have a tricky draw away at Middlesbrough. The home side will be out to surprise the bookmakers and beat another Premier League side. If there is to be an upset, this could well be the game in which it happens.

There will be at least one side from outside the Premier League in the FA Cup quarter finals. Nottingham Forest are home to resurgent Huddersfield Town. They will hope to reach the last eight but it’s the FA Cup and you can bet on there being more surprises.