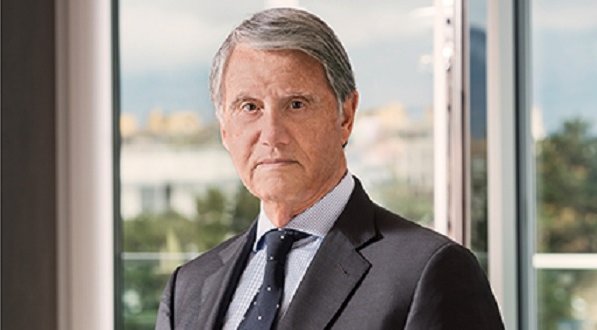 In case of Déjà vu some 65 years after Aristotle Onassis founded Olympic Airways, another shipping magnate Gianluigi Aponte’s MSC wants to come to the rescue of Alitalia in a bid to take over its successor company.

The 81-year-old, known as “the captain” after building his shipping empire from a single vessel, is hoping to forge an air freight and passenger business to dovetail with MSC’s sea cargo and cruise operations.

He does however face massive challenges amongst others the fact that the Italian government spent an estimated 10 billion euros ($11 billion) on rescue efforts before the airline’s slimmed-down re-launch as ITA Airways last year. That means Rome is likely to want to recover some of that investment as well as being likely to want to have a close involvement in any deal.

Peter Sand, Chief Analyst at the air and ocean freight rate benchmarking platform Xeneta says what looks good on paper may be less than practical in reality. He said: “Ocean and air freight are two modes of cargo transports with more differences than similarities. From a purely business perspective, it makes much less sense, even though MSC runs a cruise business, the synergies that they may reap from buying the former Alitalia can’t be that big.”

MSC is however a hugely successful business with enormous resources and a global supply chain that has led to record multibillion-dollar profits. That has given them the firepower to think longer term about how to grow their businesses.

MSC, also known as Mediterranean Shipping Company, is the world’s No.1 container shipping line by capacity, having inched ahead of Maersk . It is also the world’s No. 3 cruise liner and set to become the second biggest in around 2025 when cruise ships on order arrive.

Any offer for the airline is likely to be relatively small in terms of global buyouts, with an expected bid of around 1.2-1.6 billion euros for ITA. MSC has the cash to pay according to a trade source who spoke to Reuters.

MSC already has a trade deal with Lufthansa with the two companies saying they wanted to buy a majority of ITA and have asked for an exclusivity period of 90 days to study the deal.

According to the trade source, MSC wants to bring Lufthansa in as a commercial operator with at most a minority stake in ITA, with MSC fronting the deal and able to pay for the purchase in full.

MSC plan to use its unique position with assets in logistics, ports, sea freight as well its passenger cruise and travel businesses to create a platform to scoop up more business and build on both cargo and passenger aviation trade.

The source told Reuters: “This is intended to be a transformational transaction (for MSC), it is not about just the passenger business, the immediate benefit is expected from the cargo logistics business.”

The kudos of owning a company known as the airline to the Pope is an added bonus.

There are benefits for both businesses, increasing Lufthansa’s share of the passenger market as well as a greater slice of the cargo business. It would also serve to provide more feeder flights into their hubs elsewhere in Europe. Its freight subsidiary Lufthansa Cargo could be part of the expansion too.

Lufthansa have declined to comment so far and the Italian government has responded cautiously, saying they wanted to see what other offers there might be for the airline before making any decision.

Economy Minister Daniele Franco on Friday officially launched the process to find a partner for ITA, saying the government would initially retain a minority stake.

ITA, which was launched on Oct. 15, has its hub at Rome’s Fiumicino airport and owns the majority of take-off and landing rights at Milan’s Linate airport. It has 52 planes, less than half that of Alitalia and just four devoted to cargo, and about 2,300 employees versus nearly 11,000 for Alitalia in 2019.

The bid for ITA is not the first time Gianluigi Aponte has taken aim at Italy’s national airline, being part of a consortium in 2008 that hoped to buy Alitalia, but he withdrew due in part to the lack of a clear industrial strategy. He now hopes to come to the rescue of Alitalia with his own bid.