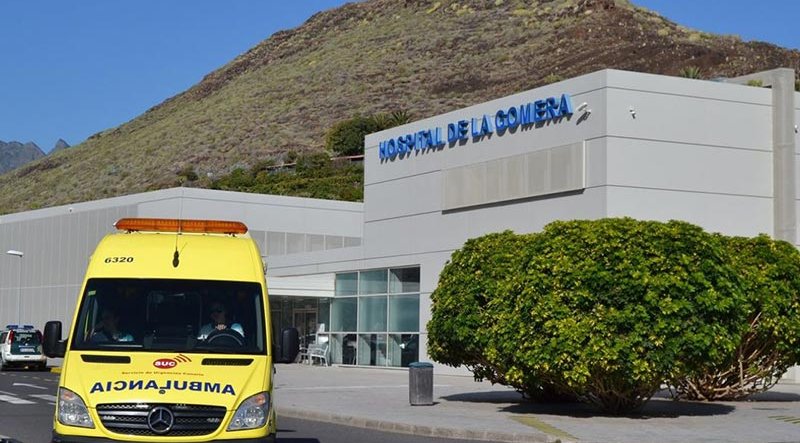 ISLAND HOSPITAL: Made international news due to Covid.

Dear reader,
I hope the sixth wave, as its dramatically dubbed, hasn’t hit you?
I’m writing this with what was called ‘a nasty cold’ before the pandemic. Yes, I’ve done a test. No, I haven’t got Covid, but I almost wish I had.
Begging pardon to those bereaved or ill because of it, haven’t we had enough of all this? Can’t we all just get on with it?
I’m vaccinated after all, as is everybody who wants to be. Except, as is traditional, the Third World, where vaccines are so scarce even the option of refusing them is denied the population.
The unvaccinated must take their chances like the rest of us, although there’s an unfortunate, and international, tendency for them to exercise intensive care units and medical staff to their limits. So, why don’t we isolate Covid patients elsewhere, as we used to with TB?
Isolation Hospitals were once commonplace and the infected stayed there for specific treatment, safely removed from the general population, other health problems and normal hospitals.
BCG vaccines and improved general health have made these units a thing of the past in Europe.
Therein lies an obvious parallel but – leaving that aside for fear of upsetting sensitive anti vaxxers -why not treat Covid away from mainstream health care?
Better to create new modular facilities fast than to deliver this sad coup de grâce to Europe’s beleaguered public health systems.
The NHS, born in 1948, is old, underfunded, tired and being undermined by ‘interests’. (See rise of private health in UK)
All this springs to mind because two years ago on January 30, a German tourist from Munich was Spain’s first Covid case and one of the first in Europe. He was hospitalised on this very small island where I, and 20,000 other unsuspecting individuals, live. La Gomera made international news, bringing press from everywhere to the island’s small Nuestra Señora de Guadalupe hospital.
The German had arrived in Hermigua, on the north of the island. He was holidaying directly after doing a work-related course in a Bavarian car factory.
The course teacher from Shanghai had been visited by her parents from Wuhan, where the virus supposedly originated, just before she (and Covid) flew to Munich for the course.
Guacimara Barrera, now hospital director, remembers Janaury 30, 2020:
“It was so fortunate that we had IPE left from the Ebola scare. In reality nobody knew how to deal with Covid. We waited two days for the result to come back from Madrid. It was positive and we upped security and isolation as best we could. We used an upper floor room with a big terrace, in view of the press. There was lots of shouting whenever the Germans appeared on the terrace.”
La Gomera’s two year anniversary further coincides with a rise to Level 3 Covid restrictions. The limited emergency capacity of the island hospital, rather than a high percentage of infected population, has caused this latest pandemic development. I rest my case.
Barbara Belt’s opinions are her own and are not necessarily representative of those of the publishers, advertisers or sponsors.