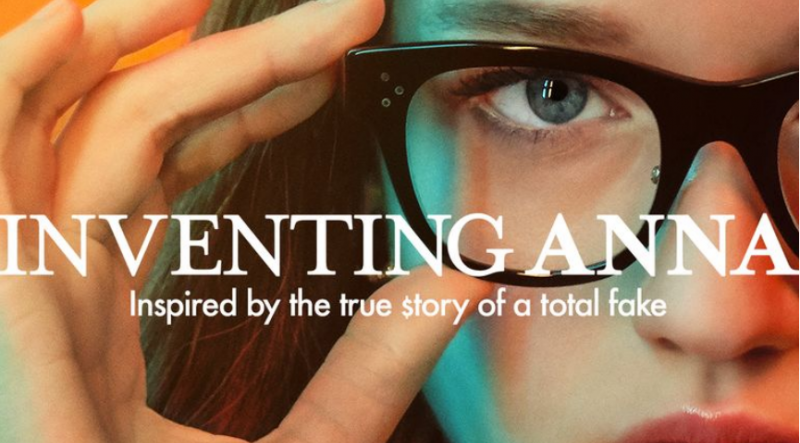 Inventing Anna follows the true story of a fake heiress who conned her way into the lives, and the parties, of New York’s elite.

Inventing Anna tells the story of how Anna Sorokin (better known as her fake name, Anna Delvey) pretended to be a German heiress to defraud hundreds of thousands of dollars from banks, hotels and wealthy friends. This nine-part drama has a critic rating of 58 per cent and an audience rating of 28 per cent on Rotten Tomatoes and, I have to say, I expected more from this Netflix series.

Anna Delvey’s story went under the radar in New York at first, before her antics were covered by journalist Vivian Kent (based on the real journalist who picked up the story, Jessica Pressler) at ‘Manhattan Magazine’ (New York Magazine). Vivian secretly visits Anna at Rikers Island where she is being held until her trial, and the story begins.

Vivian delves into the life of Anna, going back through her social media to find former friends and acquaintances to piece together the story of how she managed to infiltrate herself into the lives of New York’s most rich and famous, conning businesses out of thousands of dollars. She did this all while attempting to secure a $25 million loan from a hedge fund to create an exclusive arts club.

I remember being enthralled when I first read about Anna Delvey running around in the circles of Manhattan’s super-rich and jumping from hotel to hotel without paying the huge bills she had accumulated living her fake lavish lifestyle. I read the Vanity Fair article written by one of Anna’s former friends Rachel Deloache Williams and I would say I found reading about Anna slightly more riveting than this long-winded drama.

I felt the series focused too much on Vivian Kent rather than Anna herself, as she was clearly an intriguing person. However, Vivian is still an interesting character – and her band of colleagues assisting her on the case are a humourous touch – as it turns out Vivian had a previous professional scandal that had lost her a prestigious job offer at Bloomberg (this also happened to Pressler in real life).

Inventing Anna is still worthy of a watch if you want something to binge over a weekend (be warned, the episodes are around an hour-long, and there are nine of them), but this series fell short of the mark for me.

Inventing Anna was released to stream on Netflix on February 11.