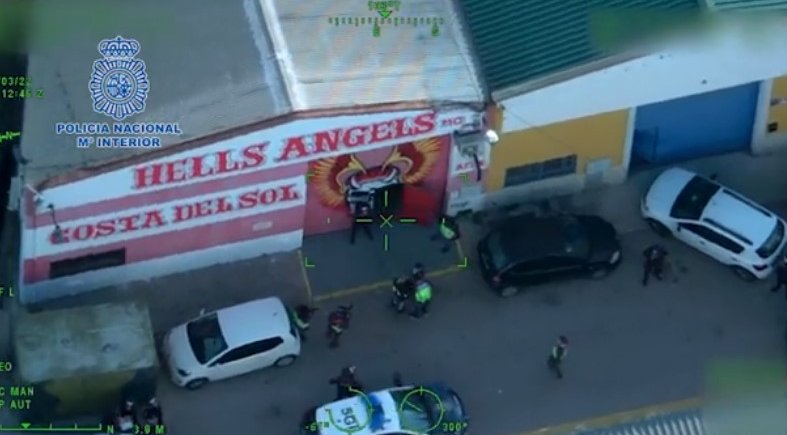 The National Police has just dealt a heavy blow to the Hells Angels organisation on the Costa del Sol. In a recent operation, nine members of the gang have been arrested, accused of sending doping and anabolic substances hidden in bottles of olive oil, to Finland from Spain.

This operation was carried out simultaneously in Spain and in the Nordic country. It was initiated when officers began to investigate several members of the biker gang for their alleged involvement in the international illicit traffic of anabolic and doping substances.

During the development of the investigations, the police detected several meetings at the headquarters of the biker club, a warehouse located in Malaga, which was attended by members being investigated in both countries.

It was subsequently found that they were sending anabolic substances through a postal parcel company from Spain, to the Finnish city of Tampere.

Investigators managed to intercept the shipments and located 25 bottles that pretended to contain olive oil, using false labelling that the criminal organisation itself had prepared.

Inside the bottles, instead of olive oil, they contained significant amounts of anabolic substances such as testosterone, nandrolone, trenbolone, and others.

At the beginning of February, eleven entries and searches were carried out by the police at different points in Finland and Spain.

As reported by the National Police, three of them were carried out in Malaga, in which various narcotic substances were seized, in addition to various weapons, electronic devices, documentation, €5,770 in cash, two motorcycles, and a mobile phone, among other effects.

Finnish authorities carried out the remaining eight searches. They uncovered a laboratory where doping substances were made. Nearly €10,000 in cash, a pistol, 100 marijuana cuttings, and small amounts of other narcotic substances were seized.

Two of the nine people were arrested in Malaga, including one of their leaders in the province. The other seven arrests were made in Finland, as reported by diariosur.es.