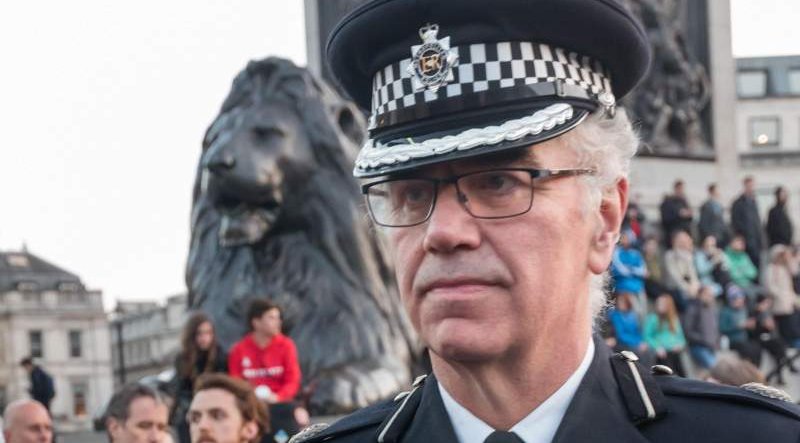 The Metropolitan Police commander who was the author of the force’s drug strategy faces dismissal after being suspended pending investigations into claims that he was using cannabis, LSD and magic mushrooms while holidaying in France.

Suspended on full pay since July 2021, Commander Julian Bennett, was the man responsible for putting together the Met’s strategy for tackling drugs, as well as having overseen the dismissal of officers for drug use.

Bennett faces dismissal for gross misconduct amid claims he took the three drugs while on holiday in France between February 2019 and July 2020, pending the investigation by the Metropolitan Police’s directorate of professional standards.
He is also accused of refusing to provide a drug sample on 21 July 2020 after being told there was reasonable cause to suspect he had taken cannabis.
He claimed at the time he had taken CBD (cannabidiol) for a facial medical condition, that the charge sheets cites as him “knowing to be untrue”. Included in the evidence is a WhatsApp photo message that shows him with the cannabis on a table.
Bennett’s lawyers argue they have not received all the WhatsApp messages, emails, and SMSs they wanted, including a year’s worth from one witness.
John Beggs, defending Bennett, said witnesses may have “cherry-picked” the messages that had been disclosed.
However, Mark Ley-Morgan QC, representing the police, said they had disclosed all relevant material.
Hearing Chair James Tumbridge said he would be adjourning proceedings on Monday and rose from the panel to determine a new date, saying: “It might just not be doable to do this hearing this week.”
Bennett was the commander for territorial policing between 2017 and 2021 and wrote the Met’s drug strategy. The document, titled Dealing with the impact of drugs on communities, set out plans to raise “awareness of the dangers of drug misuse”.

In his time as Commander he also presided over 74 misconduct hearings, involving 90 officers, between June 2010 and February 2012, according to a 2021 Freedom of Information request.

Out of these hearings involving Bennett, 56 officers or around 75% were dismissed. Amongst those dismissed were two for drugs misuse.
With the Met already in turmoil following the resignation of the Chief of Police, Cressida Dick, the ongoing saga involving the author of Met’s drug strategy will do little to improve the force’s reputation.