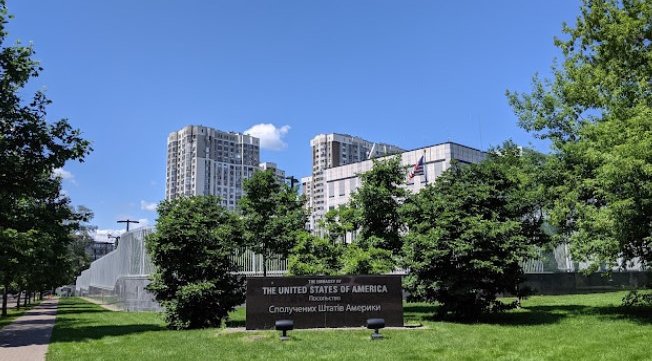 Antony Blinken, the Secretary of State, announced this evening, Monday, February 14, that the US embassy in the Ukrainian capital of Kiev will shut its doors. He said that all the diplomats currently based in the embassy will be relocated to Lviv, a city in the south of the country, near the border with Poland.

This action comes as tensions escalated in Eastern Europe, with thousands of Russian troops reported to have been deployed in neighbouring Belarus. This is on top of the estimated 100,000 camped out near the Ukrainian border.
Blinken described the move by the US as being the result of a “dramatic acceleration in the buildup of Russian forces”. He explained in a statement, “I have no higher priority than the safety and security of Americans around the world, and that, of course, includes our colleagues serving at our posts overseas”.

“My team and I constantly review the security situation to determine when prudence dictates a change in posture. With that in mind, we are in the process of temporarily relocating our Embassy operations in Ukraine from our Embassy in Kyiv to Lviv, due to the dramatic acceleration in the buildup of Russian forces”, he continued.

“The Embassy will remain engaged with the Ukrainian government, coordinating diplomatic engagement in Ukraine. We are also continuing our intensive diplomatic efforts to deescalate the crisis. These prudent precautions in no way undermine our support for or our commitment to Ukraine”. Blinken added.

According to CNN, a senior Ukrainian official reportedly told them that Ukrainian president Volodymyr Zelensky had requested Joe Biden to visit the country. Allegedly the US response was that this trip would be ‘highly unlikely’.
Olaf Scholz, the new German Chancellor arrived in Kiev today, to meet with Zelensky, after which he is expected to fly to Moscow and meet with Vladimir Putin, in an effort to avoid any conflict in Ukraine, as reported by dailymail.co.uk.