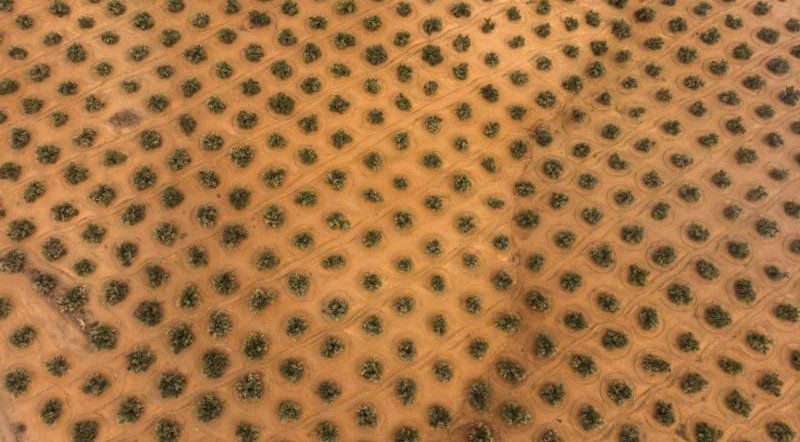 As concerns over the drought that is affecting a large part of Spain continue to grow, Greenpeace has explained the reasons for the current situation and what can be done about it.
Several months of very little rainfall have led to a prolonged drought in a large part of Spain. Governments and local councils have spoken of the need to take measures such as penalising households that have a high level of water consumption or rationing water so that the situation does not become unbearable in summer.
However, the problem is not just the lack of rain. As Greenpeace stated, “it is not a question of how much it rains, but how much water we have. And there will be less and less”.
According to the State Meteorological Agency (AEMET), January was the second driest month of the century and the fifth driest in 60 years. Reserves of water in reservoirs are barely 44% on average and it seems that the situation may get worse over the next few weeks.
An official statement from Greenpeace Spain released on February 14 explained why we are currently in a drought:
“The first factor is mismanagement: too much irrigation, theft of water, illegal wells, unnecessary water transfers, excessive urban planning and, in general, overexploitation of water resources. Water is not infinite.
“The second factor is climate change. The warmer it gets, the more evapotranspiration and the less water and rainfall there will be. With the warming of the oceans, there will also be an increase in irregular rainfall, with downpours and floods that do not provide a regular supply of water and cause serious human and material damage.
“Thirdly, even if we have little water, we pollute it. Urban, industrial and agricultural discharges poison aquifers. At present, for example, many villages close to macro-farms do not have drinking water because of the amount of nitrates that make it unfit for human consumption.”
The head of water at Greenpeace, Julio Barea, said:
“Droughts are not dealt with when there is a drought, but when there is water. This autumn there has not been enough rain, but irrigation has continued as if nothing had happened. If water management is not changed, we are heading for a future catastrophe”.
To deal with the problem, Greenpeace recommends urgent measures such as: