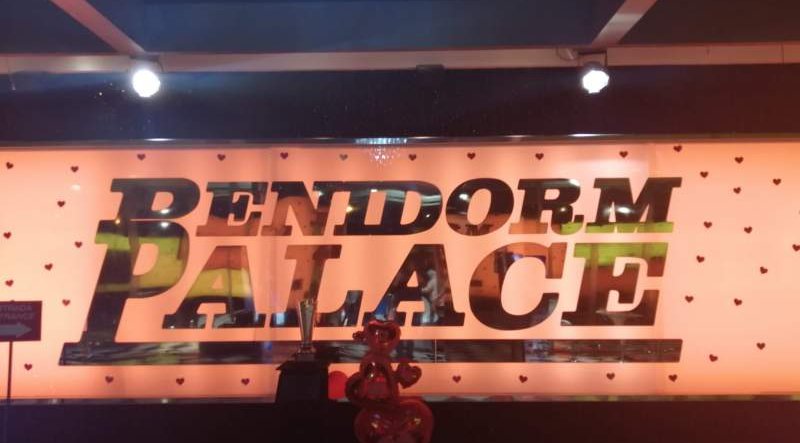 ELECTRIC PALACE – When you walk into Costa Blanca’s hottest venue, Benidorm Palace, there is an instant “WOW factor”; from the entrance down to the décor, from the tabletop lighting to the amazing LED screens, the place looks wonderful. And on Sunday, February 13 at 8.30 pm the place wasn’t just wonderful, it was electric!
ELO Again – an Electric Light Orchestra tribute act from the UK who are in their tenth year – graced the stage at the Palace in front of a sold-out crowd. In fact, tickets sold at record-breaking speed and for good reason.
It was ELO Again’s first time at the Palace and the venue had a brilliant buzz about it on the night before Valentine’s Day.
Ahead of the event, lead singer Colin Smith, who performs as the legendary band’s frontman Jeff Lynne, told Euro Weekly News: “We’ve performed across Europe in Germany and Poland and I’d heard about the Benidorm Palace from other great acts who had performed there before, who said what an amazing place it is.” He was not wrong!
Alongside Colin, the band – dressed in white – was formed of violinist Ruth, cellist Izzy and pianist Pete, with Andy on strings, Steve on bass and joining them for the first time, 24-year-old Joe on drums. The band dedicated their performance to Lou Clark from the original ELO.


It was a year ago to the day that Clark sadly passed away. As Andy told EWN before the show, Lou Clark was so special to the band because he wrote all of the string parts, giving ELO that unique sound fans still love to this day.
As the band rocked the Palace, the crowd sang all the songs and danced along as the band made their way through their hits including Don’t Bring Me Down, Telephone Line and Last Train to London. All to the backdrop of the breathtaking visuals displayed on the spectacular LED panels.
In fact, the LED panels behind drummer Joe and to either side of the stage were made for an ELO tribute show. As Colin told EWN: “We put on a big production with lighting and screens. It’s a very exciting and energetic show.” And he was right, their stellar performance was definitely enhanced by the Palace’s high-tech panelling system.
Andy even said that the ELO Again logo had never looked so good!
But it wasn’t just the video panels that stood out. One star of the group shone brightly.
Ruth, the talented violinist, was extremely impressive with her performance. She oozed confidence as she commanded the stage and when she sang, the packed Palace lit up.
After a quick break, the band re-emerged wearing darker colours, which was in stark contrast to their light upbeat songs. And as the hits kept rolling in, the crowd started rocking out.

Fans danced in the aisles and clapped their hands to the songs, and when Colin called upon them to sing, the Palace crowd duly obliged.
A beautiful tribute to Ian Forrest from Benidorm Dog Homing charity, who sadly passed away on January 15, led to a huge round of applause. Benidorm Palace has hosted many Save My Life fundraiser events for the charity, which help abused, abandoned and sick dogs, and Ian was due to be in attendance among a table of 10 for the ELO Again concert.
Benidorm Palace owner Christine Climent spoke highly of Ian and the band heart-warmingly dedicated their hit song, Mr Blue Sky, to the much-loved man.
As Mr Blue Sky played, Christine grinned from ear to ear as she surveyed the happy crowd. A wonderful sight to see.
The band received a standing ovation as they closed out a spectacular show in the seaside resort on the eastern coast of Spain.

Those in attendance praised the show, calling it “fantastic”, “brilliant” and “superb”.
Overall, it was an electric night of music and entertainment. ELO Again rocked and the brilliant Benidorm Palace bounced once again.