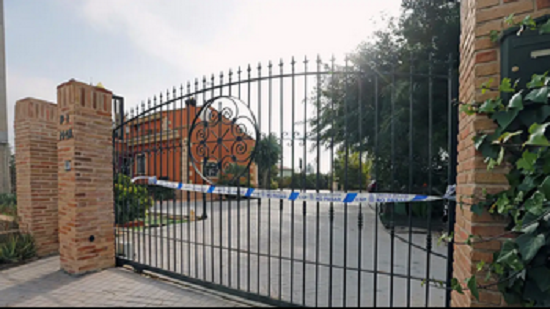 A report by La Sexta has given an account of the gruesome confession by the Elche 15-year-old who killed his entire family in what was believed to be a dispute over his grades and the use of Wi-Fi and his mobile phone.
According to the confession, he told officers: “My brother tried to run away, but I ran after him and caught him first.
“I shot my mother twice when she was in the kitchen. A shot in the back and then I finished her off.”
The youngster continued saying that when he returned home from school his mother scolded him for his attitude: She told me I was lazy, that she was fine and that she was going to take the console away from me. I went up to my room, I got to thinking and grabbed the shotgun.”
Elaborating his gruesome confession he said: “I shot my mother twice when she was in the kitchen. One shot in the back and then I finished her off. My brother tried to escape, but I went after him and caught him first. I waited four or five hours for my father and shot him when he arrived home.”
According to the police his version of events is corroborated by the wounds found on the bodies of the victims: the mother has two impacts, the brother, one, and the father, three. A sequence that matches the weapon type; a repeater that loads three cartridges.
The weapon he used is a 12-gauge cartridge shotgun that the father of the family had for his hobby of hunting small game. Although it was in a gun cabinet on the top floor of the house, the key was within the reach of the entire family.
The accused said that after committing the triple murders he decided to hide the bodies. “I was left without knowing what to do and decided to take the bodies to the shed,”
He then went about his life as normal living in the house with the corpses in the shed. He continued to talk to his friends, assuring them he was at home as he contracted Covid-19, with the neither his nor his brother’s school asking for any more information or explanations.
The murders only came to light after his confession to a neighbour and a sister of his mother who came to the house as they had not heard from them. They were the ones who notified the authorities.
The Local Police went to the house and alerted the National Police, taking a statement from the young man in the presence of the juvenile prosecutor and the duty judge. The investigators of the case have been surprised by the coldness of the teenager and his detachment towards the victims.
The youngster, has been interned in a juvenile detention centre following a ruling by the Alicante juvenile court. It is understood that the police consider the case closed with no further investigations required.
The court will now decide the future of the youngster following the gruesome confession having killed his entire family in Elche.