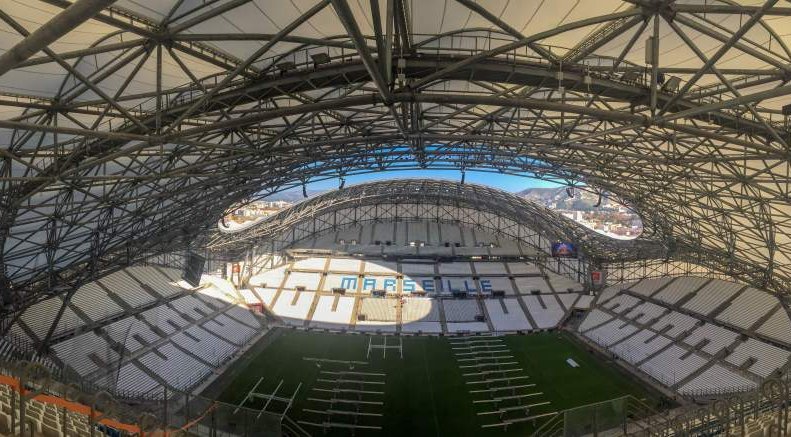 FRANCE changes its vaccine rules ahead of Marseille’s Europa League round of 32 clash against Azerbaijani team Qarabağ on Thursday, February 17.
Qarabağ will now be allowed to travel to France for the first leg tie as a result of changes in the country’s vaccine policy which will now recognise the Russian Sputnik V vaccine, according to French news outlet L’Équipe.
The Sputnik V vaccine was previously not recognised by France and there had been speculation that the tie would be forced to be played elsewhere, however, L’Équipe is reporting that after discussions with UEFA, the French ministry of sports has decided to allow entry to the country for those who are fully vaccinated in their own country.
As noted by the news outlet, those who enter will still have to provide a negative Covid test and follow strict bubble rules.
As a result of the change in rules, national team games with South Africa and Ivory Coast to play in Lille and Marseille at the end of March will now go ahead as planned.
However, despite this news, unvaccinated sports stars are still likely to be forced to stay at home and miss any games in France.
As we reported last month, Chelsea will be FORCED to leave their unvaccinated players at home for the club’s Champions League clash against Lille on March 16 after UEFA updated their Covid-19 rules.
The French government continues their assault on those who have refused to take the Covid jab, in a decision backed by UEFA.
European football’s governing body said last month: “Uefa is liaising with the relevant stakeholders across Europe ahead of the resumption of club competitions in February.
“The specific conditions under which matches are played in each country are subject to the decisions of the competent authorities in that country.
“Each team will in principle be required to comply with the applicable rules in the country where the match takes place.
“The specific competition Annexes – still under elaboration – which contain special rules due to Covid-19 applicable to the knock-out phase, may provide further guidance in this regard.”

Chelsea will host Lille in the first leg on February 22 with the return leg in France on March 16.