Germany calls on Putin to 'untie noose' and focus on peace 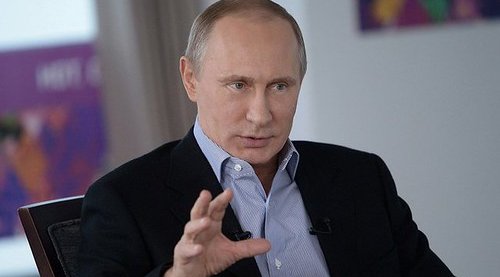 The newly elected German head of state Frank-Walter Steinmeier said today that Putin should untie the noose around the Ukraine and instead focus on acts of peace. Speaking to the Bundestag, after being re-elected for a second five-year term as president, Steinmeier described the current situation in Europe as “a time of concern for peace.”
The address, later published in German publication RND, the leader called on Putin to join him and other Western leaders in the search for the key to security in Europe.
He said: “Peace cannot be taken for granted. It must be worked for again and again, through dialogue, but also, where necessary, with clarity, deterrence and determination. All this is needed now.”
The German president laid out his non-violence plea to Putin reminding him that 2025 will be the 50th anniversary of the Helsinki accords that were signed by 35 states including Russia, the USA and Germany. That declaration led to détente between the West and the East and the end of the Cold War.
He continued saying: “May this anniversary not be the occasion on which we in East and West have to admit the failure of efforts to achieve lasting peace in Europe,” calling instead for an updated path to peace that would be mutually beneficial for both sides.
Steinmeier in extending an Olive branch said that Russia was to blame for the current situation and the rising threat of war. He said Russia had moved more than 100,000 troops to the border, that could not be disputed, which was in his view a threat to the Ukraine.
The accusation by Steinmeier are just the latest in a plethora of Western accusations of Russian warmongering. Last Friday, several American publications reported that an invasion of Ukraine could begin “at any time,” after Washington claimed it had intercepted intelligence from Russian central command. The Kremlin has repeatedly denied it has any intention of invading and today announced the start of the withdrawal of its troops from the border, saying all divisions will have left the area to return to base by February 20.
Whether Putin will head the call to focus on peace remains to be seen, the country having profited from the crises and may have got what it wants and that’s to retain some control over the Ukraine.