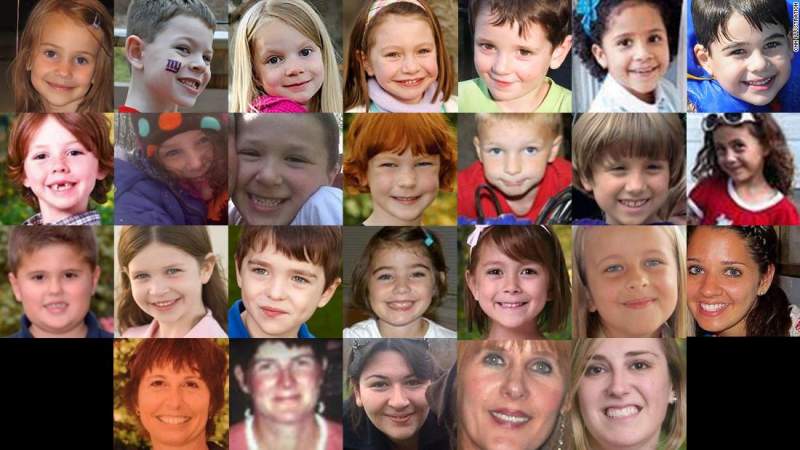 In a landmark case the oldest gunsmith in the USA has reached a settlement to compensate the relatives of those victims who lost their lives in the Sandy Hook massacre, with 73 million dollars (64 million euros) to be shared by nine families who lost family members in the kindergarten shooting.
The announcement was made today by the nine families who said they had reached a historic $73 million settlement in their lawsuit against Remington, the maker of the AR-15-style gun the gunman used in the shooting.
That type of rifle, designed for military assault operations in the Vietnam War, is the same firearm that was used against civilians in a movie theatre in Aurora, Colorado, in San Bernardino, California, and at the Parkland High School. (Florida).
It was also been used Adam Lanza used on December 14, 2012 in Newtown, Connecticut, killing 20 children and six adults, including his own mother.
The settlement, reached with the families of five of the children and four of the adults slain, is the largest of its kind involving a weapons manufacturer and relatives of mass shooting victims.
The agreement is seen as a major setback for the firearms industry, with lawyers for the litigants basing their strategy on the advertising they made of the gun in order to circumvent the strict federal law that protects these companies from these litigations.
Legal proceedings started back in 2014 and after a long judicial ordeal, due to the almost total federal immunity enjoyed by gun manufacturers in the US, the Connecticut Supreme Court accepted the case in 2019 on the premise that Remington violated a state consumer law by promoting the sale in such a way that it was attractive to people on the street. That promotion included targeting troubled youth, like Lanza, who felt called to imitate military and police commando assault actions, which is who such a weapon is really designed for.
This is the first time that a weapons manufacturer, in this case the oldest in the country, has been held accountable in court for a mass shooting in the United States. Although Remington has declared bankruptcy twice, the lawyers of the relatives of the victims of Sandy Hook went ahead because they considered that this was not going to affect the open legal battle.
The slaughter of 20 children buried in 20 white coffins shocked the country, but not enough to change the gun laws that are considered sacrosanct in the states.
In the eight years of the Barack Obama Administration, a president in favour of restricting access to weapons, they failed to win the battle on Capitol Hill and in fact resulted in an increase in gun ownership.
With a case finally won against the arms manufacturer Remington, who will now compensate the relatives of Sandy Hook massacre victims, perhaps the tide will turn and the laws will be amended to provide protection for those harmed by gun violence.