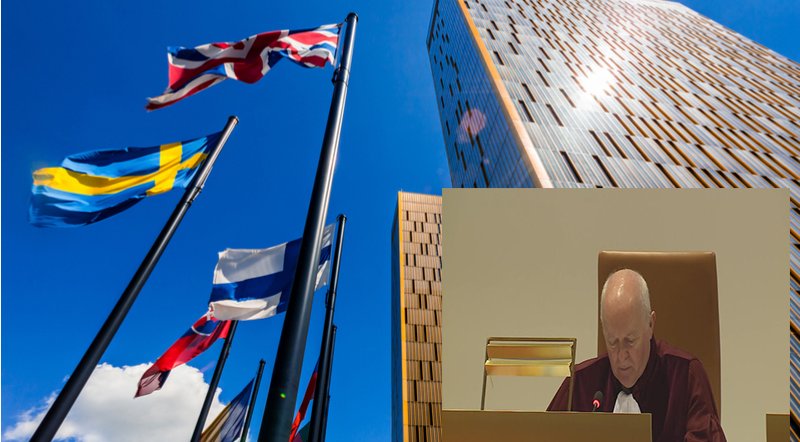 The European Court of Justice today ruled against Hungary and Poland, who effectively lose their court challenge to an EU rule that allows billions of euros of funding to be conditional on democratic standards.
In their judgement the Court said that complying with rule of law was a condition of enjoying membership of the EU, dealing a blow to the governments in Hungary and Poland who have been widely accused of backsliding on standards in recent years.
Hungary’s governing party condemned the ruling as a political decision, arguing against the court ruling that “sound financial management of the EU’s budget” could be seriously compromised by breaches of rule of law.
They added that EU member states signed up to common values such as rule of law and solidarity and the EU “must be able to defend those values.”
Both countries have been investigated for undermining the independence of courts, media and non-governmental organisations and both are key recipients of EU funding.
Last year Poland was ordered to shut down a disciplinary chamber for judges because it was not independent, while Hungarian Prime Minister Viktor Orban has been accused of curbing the rights of minorities.
Covid-19 recovery funds worth €36bn for Poland and €7bn for Hungary have already been frozen, and this ruling could affect further funding.
Although the news has been widely welcomed, critics say the Commission has been far too slow to tackle the rollback of freedoms and rights in parts of the EU.
But this regulation shouldn’t be over-interpreted. There are conditions attached that talk about how the mechanism should only deployed when, put simply, EU money is at risk of misuse.
If those conditions are met, there’s then a process stretching over potentially many months. This isn’t a catch-all way of quickly penalising a member state if it, for example, breaks from accepted EU norms on LGBT rights.
The EU has not been without its disputes but this particular battle strikes at the heart of EU values and to what extent member states should or can be forced to follow them. Brussels is however experiencing significant difficulty in bringing its errant members in line.
Reacting to the ruling Polish Deputy Minister Janusz Kowalski accused the EU of trying to starve Hungary and Poland financially, saying: “This is the end of the EU as we know it! We must defend Polish sovereignty.”
Similarly in Hungary, where the ruling Fidesz party of Viktor Orban is campaigning to win a fourth term in office, Justice Minister Judit Varga accused the EU of abuse of power and of punishing Budapest for bringing laws that ban the depiction of homosexuality to under-18s.
European Commission President Ursula von der Leyen said the rule of law mechanism was aimed at protecting the EU’s budget for the benefit of all EU citizens. She added that guidelines would be provided in the coming weeks to give “further clarity about how we apply the mechanism in practice.”
As Hungary and Poland lose their right to EU funding, other states will no doubt be satisfied with the outcome that protects their position and the financial integrity of the union.