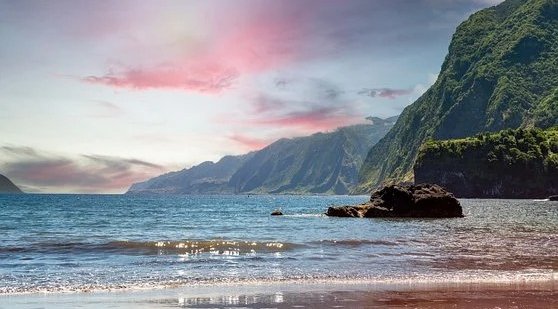 Powerful earthquake at popular tourist islands panics locals and shakes homes.
The popular tourist town of Madeira which is part of Portugal was hit by a powerful earthquake. The earthquake struck early on Wednesday morning February 16. Many people woke to find buildings shaking.
According to the European Mediterranean Seismological Centre (EMSC), the quake registered at a magnitude of 5.1 on the Richter scale.
The EMSC explained that the quake had hit near Funchal, on Madeira. The earthquake was recorded with a depth of 30 kilometres.
Many people were woken by the quake. One person took to Twitter and said: “I was in my bed and damn it… it was scary. The bed shook all over.
“What’s going on man? …. There was just an earthquake here on my Island – Madeira. And it was very strong. I’m scared!!!!”
Shaking buildings woke other people up. One person commented: “Woke up, bed shaking and door shaking while closed.”
A local resident commented that the quake was stronger than is normally felt in the area. They said: “Quite strong for what we usually feel in Madeira. It certainly woke us up.”
Another person revealed: “Woke us up, lasted about 10secs, not too strong but still quite intense.”
Initial reports had suggested that the earthquake was more powerful but it was later downgraded.
Volcanodiscovery.com explained: “Shallow earthquakes are felt more strongly than deeper ones as they are closer to the surface.
“The exact magnitude, epicenter, and depth of the quake might be revised within the next few hours or minutes as seismologists review data and refine their calculations, or as other agencies issue their report.”
The site added: “Based on the preliminary seismic data, the quake was probably felt by many people in the area of the epicenter. It should not have caused significant damage, other than objects falling from shelves, broken windows, etc.”