Two fugitives arrested in separate operations in the Balearic Islands 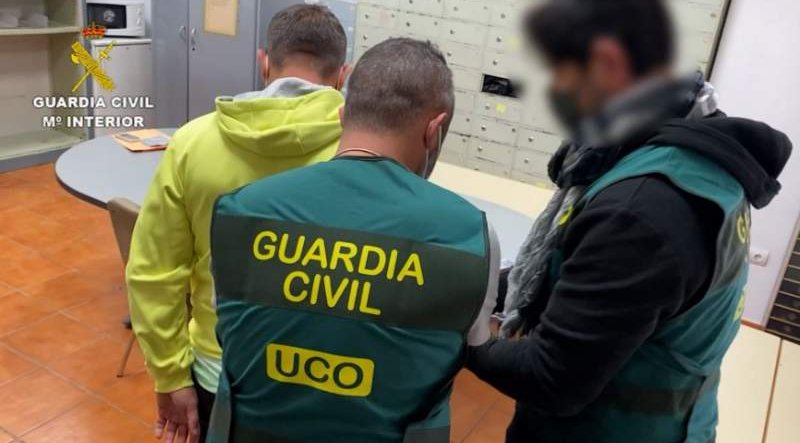 In two separate operations in the Balearic Islands, the Guardia Civil has arrested two wanted fugitives

The Guardia Civil in the Balearic Islands has arrested two fugitives from Spanish and British justice respectively. This was achieved in two operations carried out on the islands of Ibiza and Palma de Mallorca in the same week by the Team of Fugitives from Justice of the Central Operational Unit (UCO).
The first of them was 46-year-old F.M.S., of Spanish nationality. He was well known for his criminal activity in the Spanish Levante region due to his direct link with the introduction and extraction of large quantities of cocaine, mainly in the port of Valencia.
He had continued to be a key player in the drugs business, despite being on the run from Spanish justice. In absentia, F.M.S had been sentenced to 19 years in prison for crimes against public health, money laundering, and illegal possession of weapons by the Provincial Court of Valencia in 2017.
His arrest took place last January 12, in Ibiza, after officers of the UCO’s Team of Fugitives began to investigate the closest environment of the detainee, finding that he lived intermittently between the cities of Valencia and Ibiza.
Surveillance was set up on his home in Ibiza, when intelligence reports learned that he intended to visit for the Christmas period. He was subsequently arrested on January 12, and placed at the disposal of the Court on duty in San Antonio de Portmany, in Ibiza.

Two days later, in the Palmanova-Calvia area of Palma de Mallorca, M.H.S., a citizen wanted by the British authorities for several drug trafficking-related crimes, was arrested. This investigation was initiated thanks to the collaboration between the British NCA agency. and the London Metropolitan Police, with the UCO’s Fugitive Team.
His circle of close contacts was quickly identified, as well as possible locations where he might be found. Surveillance on several locations eventually led to his discovery. He was arrested and placed at the disposal of the Central Court of Instruction No6 of the National High Court on duty.
Collaboration between the Guardia Civil and the British authorities is proving decisive in the location of fugitives from justice. As shown by the recent arrests of criminals listed in the “Most Wanted” campaign of the Crimestoppers organisation, combining common efforts produces results.