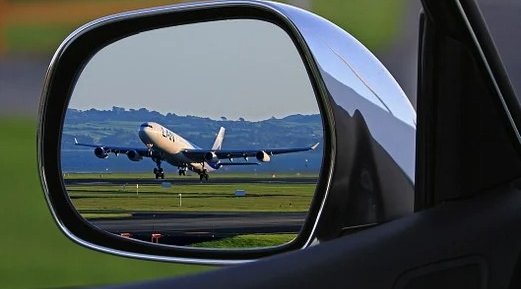 Banned airline passenger on motorized suitcase leads cop on a wild airport chase.
Bodycam footage by the Orlando Police Department shows 32-year-old Chelsea Alston wreaking havoc at an airport. The woman appeared to be drunk and had been banned from boarding a flight.
The bodycam footage from the police department shows how one officer ends up pursuing the woman through the airport on a bicycle. The incident took place at Orlando International Airport.
A Southwest Airlines gate agent had refused to let the woman board her flight to New York. Orlando police officer Andrew Mamone got involved and tried to resolve the situation after Alston became argumentative.
Officer Malone said: “You just need to go over to the terminal and sober up a little bit. Get another flight.”
WKMG accessed the court records for the incident which revealed that the woman claims to have only had two drinks.
Alston commented: “I don’t want no beef.
“I’m just trying to go home and enjoy myself.”
She then went on to swear at the police officer.
The incident escalated as she reportedly yelled: “F*** you! Suck my d***!”
Alston then used her electric suitcase to speed away through the airport. Officer Mamone was surprised at the speed the motorised suitcase had. He jumped on his bike and a chase began.
The officer commented: “We’re going to have a bike pursuing a suitcase in a minute,
“Oh man, that thing kind of goes fast.”
On the video footage laughing could be heard from other people in the airport as the chase ensued.
Alston was finally caught by the police and was taken away in handcuffs. She became violent and according to reports was charged with battery of a police officer.