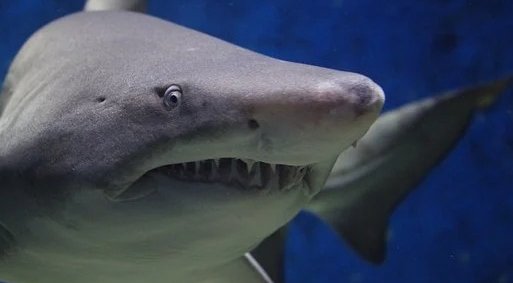 Breaking: Brit swimmer mauled to death by 15ft great white shark in Australia. The Brit was training for an ocean charity swim.
This is the first fatal attack to occur in Sydney in nearly 60 years. Brit Simon Nellist, 35, had been in training for a charity ocean swim when he was attacked by a great white shark.
He had been swimming at Buchan Point, near Little Bay in Sydney. Terrified onlookers watched helplessly as the swimmer was eaten alive. One onlooker recorded the whole event on video.
Simon was an experienced swimmer. His remains were discovered on Wednesday afternoon. Reportedly Simon had a girlfriend in Australia and has family in the UK.
One local fisherman shared details of the shocking attack with Nine News. He commented: “Some guy was swimming and a shark came and attacked him vertically.
“We heard a yell and turned around it looked like a car had landed in the water, a big splash then the shark was chomping at the body and there was blood everywhere.
“It was really bad.”
Another person who saw the shocking attack told ABC: “He was yelling at first, and then when he went down there were so many splashes.
“The shark won’t stop.”
He went on to add: “It was terrible. I am shaking. I keep vomiting. It’s very, very upsetting.
“He just went down for a swim, enjoying the day, but that shark took his life.”
A spokesperson for the NSW Ambulance service stated: “Unfortunately this patient had suffered catastrophic injuries and there was nothing paramedics could do.”
Police officers confirmed that human remains had been located. The police said: “Officers attached to Eastern Beaches Police Area Command, with assistance from the Marine Area Command and Surf Life Saving NSW, attended and located human remains in the water.”