Outrage against decision to abandon search mission in Newfoundland 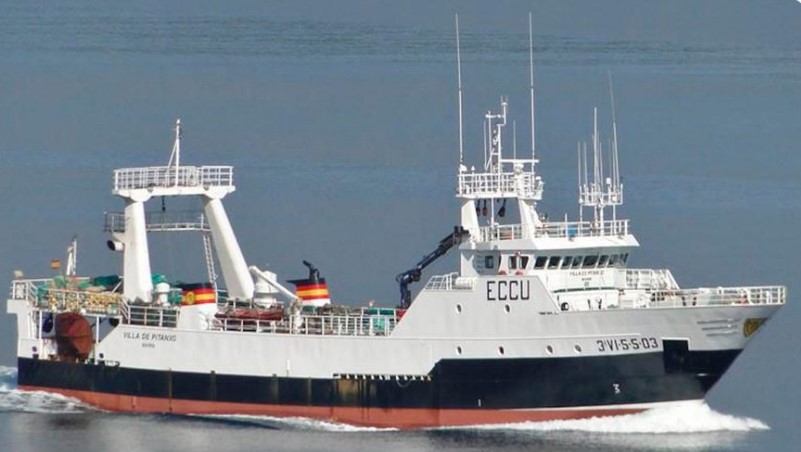 There is outrage today, Thursday, February 17, among relatives of the 12 missing crew members of the fishing boat ‘Villa de Pitanxo’. She sank off the coast of Newfoundland last Tuesday 15, and now, 36 hours later, the search mission has been abandoned.
Canadian authorities made the decision to end the search for the 12 remaining missing crew members of the Galician fishing trawler. Several boats, and two helicopters had been participating, but rescue teams allegedly considered that their work had concluded. It will now be handed to the police as a case of missing persons at sea.

Luis Planas, Spain’s Minister of Agriculture, Fisheries, and Food, faced with growing criticism for the passivity of the Spanish authorities, met yesterday with relatives and managers in the Arvi shipowners’ cooperative.
“We are in contact with the Canadian authorities to take advantage of any window of opportunity to resume the search”, said the minister. He highlighted that “this decision is up to the Canadian rescue authorities”, which have already reported on “the extremely dangerous conditions in which the search and rescue tasks were carried out. We have to refer to that”.
The Government delegate in Galicia, Jose Miñones, clarified that the Spanish Embassy in Canada had already taken steps to extend the deadline for 13 hours more than what the Canadian authorities have protocolised for that specific area, which is 23 hours.
Alberto Nuñez Feijoo, the president of the Xunta, insisted that they had transferred to La Moncloa the proposal that the search be extended, and has suggested that this could be carried out “with its own, or external means”.
The relatives of the 12 missing crew members clearly assume their tragic end, but they believe that the lifeless bodies of the sailors can still be recovered. They remain hopeful that, if the weather conditions improve in the area, and the media pressure takes effect, the Canadian authorities will resume rescue tasks for at least 24 more hours.
Their mourning has already begun, but they need their last goodbye. Meanwhile, it is estimated that the ships transporting the three survivors, and the nine recovered bodies, will arrive at the Canadian port of San Juan de Terranova today at 11am, as reported by larazon.es.