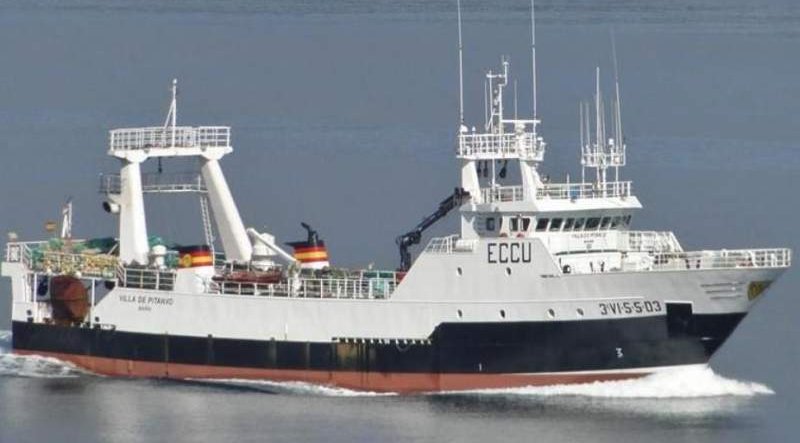 SPANISH minister of Fisheries, Agriculture and Food, Luis Planas, heads to Galicia on Thursday, February 17 after news that the search for survivors has been suspended in the Spanish trawler tragedy.
Tragically, multiple people died and many have remained missing since the Galician vessel Villa de Pitanxo, based in Marín (Pontevedra), sank while fishing in the Canadian waters of Newfoundland over the night of February 14 to 15.
Mr Planas will now travel to Galicia to express his support and solidarity to the relatives and companions of the victims of the Villa de Pitanxo shipwreck after Canadian authorities announced the suspension of the search for the remaining 12 missing crew members.
So far, nine dead bodies – which has sadly risen from the seven reported late February 15 – have been recovered while there have only been three survivors of the tragedy. Weather conditions remain complicated, according to Salvamento Marítimo, in contact with the Centre of Halifax Rescue Coordination (Canada).
The rescue centre in Halifax issued the following statement about the search suspension: “Unfortunately at 4 pm, after the results of the exhaustive search by a significant number of aircraft and vessels over the past 36+ hours, a search covering over 900NM2 for the 12 missing fishermen off Villa de Pitanxo has been suspended.”

“Our heartfelt thoughts and condolences go out to the families, friends and community of these individuals. The case will now be referred to law enforcement as a “missing person at sea case,” the statement concluded.
The three survivors of the Villa del Pitanxo shipwreck and the nine bodies recovered are now heading for the port of Saint John’s in Newfoundland (Canada) aboard a Spanish and a Portuguese vessel, and their arrival is scheduled for 6 am (local Canadian time) on Friday, February 18.
Incidentally, on February 15, Spanish President Pedro Sánchez tweeted his sadness at the events: “We are following with concern the search and rescue tasks for the crew of the Galician ship that sunk in the waters of Newfoundland.
“All my love to their families. The Government remains in continuous contact with the rescue services.”