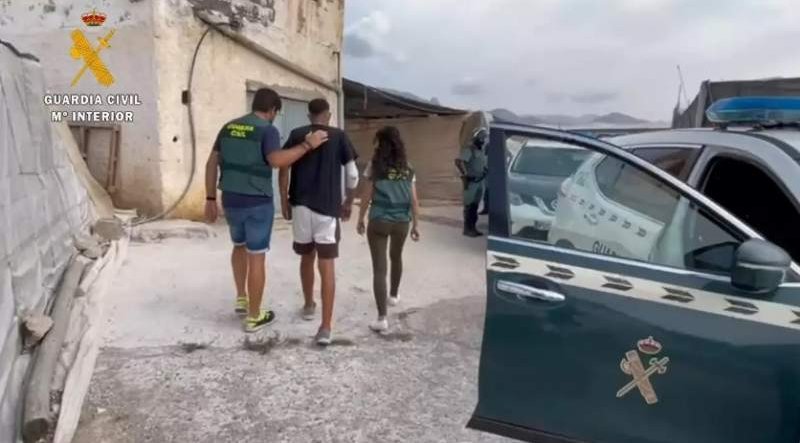 Officers from the Almeria Guardia Civil command have arrested a man and a woman accused of faking the kidnapping of their 13-year-old son. They even falsely accused an acquaintance of being the culprit responsible for the ‘abduction’, and demanding a ‘ransom’ of €20,000 for his release.
According to the data collected in the operation, it seems the ‘kidnapper’ had allegedly stolen drugs from the couple, so they sought revenge against him by setting him up as the kidnapper.
A kidnap investigation was launched on the evening of February 9, after the couple called both the 062 and 112 emergency numbers to report a kidnapping of a 13-year-old boy. The mother then contacted the Almeria Guardia Civil claiming that a family friend had called her demanding €20,000 to be delivered to a third party to guarantee the release of her son.
As pointed out by the force, the couple went as far as to post their son’s photo on social media, along with a photo of the friend, saying that he was the person who carried out the abduction, and that he was demanding money for his release.
After two days of investigation, it became apparent to the officers that the couple had invented the whole kidnap story. They set about searching for the young boy, as he was nowhere to be seen.
Under pressure from the police investigations, the parents eventually gave up the pretence, and their son appeared. The child was located on the afternoon of February 11 in Almeria, after which he was transferred to an Immediate Reception Centre for abandoned children run by the Junta de Andalucia.
Proceedings by the Guardia Civil, against the couple, for the alleged crimes of false reporting, and simulation of crime, together with the detainees, have been made available to the Investigating Court No5 of Almeria, as reported by europapress.es.