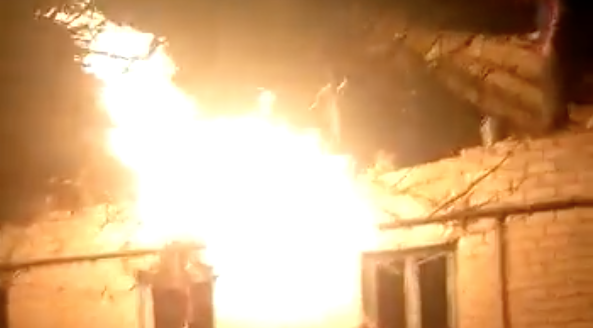 in yearReports of the worst shelling in years are coming through from Ukrainian government forces and pro-Russian rebels, in an escalation that Washington and other Western allies say could form part of a Russian pretext to invade.
According to a diplomatic source speaking to Reuters and with years of direct experience of the conflict, described the shelling over the past two days as the most intense along the frontline in eastern Ukraine since major combat there ended with a 2015 ceasefire.
All along Russia has denied Western accusations it is planning an all-out invasion of Ukraine, a country of over 40 million people, in what would potentially be Europe’s worst war in generations. As a result the country and the West remain on high alert despite Moscow saying that it had begun withdrawing forces from the area this week, a statement that the West say is not evidenced by satellite images of the area.
Western countries say they believe more equipment and personnel are arriving and making the sort of preparations normally seen in the final days before an attack, news that is rattling financial markets as a war could disrupt global energy supplies and wreck the recovery from the pandemic.
U.S. Secretary of State Antony Blinken is to meet Russian Foreign Minister Sergei Lavrov next week, assuming Russia has not invaded the Ukraine.
The news of the escalation in the shelling has stepped up global concerns, with the diplomatic source saying on Friday there were 600 explosions 100 more than on Thursday, some involving 152 mm and 122 mm artillery and large mortars. At least four rounds had been fired from tanks.
“They are shooting – everyone and everything,” said the source. “There’s been nothing like this since 2014-15.”
Blinken told the U.N. Security Council Washington believed Russia was planning an all-out assault that could begin with a manufactured pretext, possibly involving a faked attack and false accusations about the separatist conflict, Blinken. In turn the Kremlin called the situation in eastern Ukraine potentially very dangerous.
The Kremlin has dismissed accusations it is planning an invasion as Western hysteria. Moscow said on Friday that a tank unit and two mechanised infantry units were heading back to bases in southern and central Russia following exercises.
Russia has however also forcefully pressed a set of security demands, including a promise Ukraine never be admitted into NATO, which the West calls a non-starter. That prompted Russia to deliver a strongly-worded letter to the United States accusing it of ignoring Moscow’s security demands and threatening unspecified “military-technical measures”.
Russia announced President Vladimir Putin would personally supervise exercises of its strategic nuclear missile forces on Saturday, though it said these drills were no cause for alarm.
The Ukraine has repeatedly played down the likelihood that Russia will soon invade, often putting it at odds with its Western friends. Kyiv argues warnings of war play into Moscow’s hands by sowing alarm and hurting the fragile Ukrainian economy.
“Our intelligence sees every move that could pose a potential threat to Ukraine. We estimate the probability of a large-scale escalation as low,” Defence Minister Oleksii Reznikov told parliament on Friday.
Washington has made clear it will not send troops to defend Ukraine, but it and its allies will respond with financial sanctions, a threat Russia, already under sanctions since seizing Ukraine’s Crimea peninsula in 2014, has brushed off.
The United States has however sent extra troops to reinforce NATO countries bordering Ukraine. Defense Secretary Lloyd Austin announced on Friday during a visit to Warsaw that Washington would sell 250 Abrams tanks to Poland.
With Russian exercises taking place on the border with the Ukraine, soviet backed rebels have taken the opportunity to step up its shelling of Ukraine forces in what is believed to the worst escalation in years.