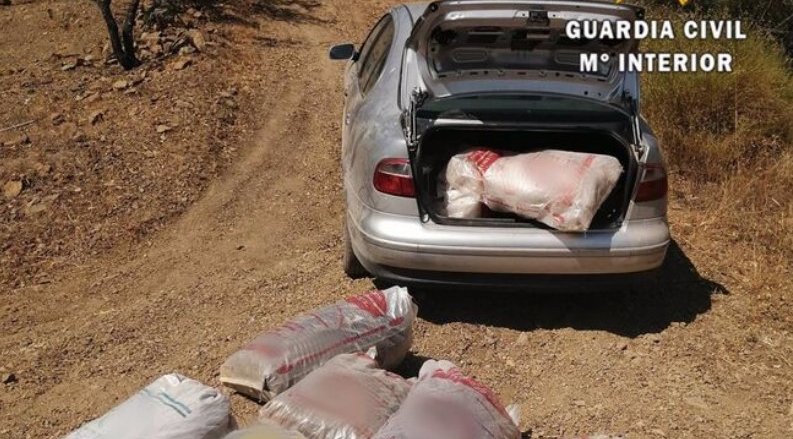 The Guardia Civil, with ‘Ceratonia Siliqua’, has dismantled a criminal organisation dedicated to receiving and selling carob beans that had been stolen from farms. This operation was part of the Plan Against Abductions in Agricultural and Livestock Exploitations, during which, three inspections saw more than 10 tons of fruit seized.

As a result, four people have been arrested, and another 23 are being investigated for the crimes of belonging to a criminal organisation, money laundering, misappropriation, false documents, robbery, theft, receiving stolen goods, and against public health.

Their investigation began last year when the officers became aware of the existence of three carob buying and selling points that had received fruit from various criminal acts committed on farms in the municipalities of Pizarra, Cartama, Casabermeja, and Colmenar.

After procedures had been carried out, it was determined that these points of sale stored carob beans of lawful origin, together with others obtained irregularly. These fruits had been stolen and did not have any documentary records proving their traceability, or origin.

As detailed by the Guardia Civil in a statement, to give this merchandise a legal appearance, the criminals made false sales contracts, and used the personal data of several clients, with their approval.

Subsequently, they took the fruits to a production centre, where the food was transformed, and introduced into the food chain, for both animal and human consumption. This clearly exposed consumers of the final product to an unnecessary risk that could affect their health, by not knowing the origin and traceability of the product, as reported by malagahoy.es.