Met Office issues a RED weather warning to the UK 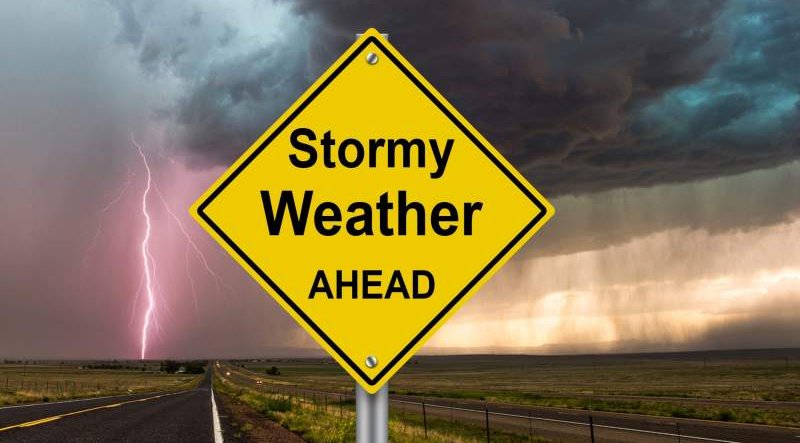 With the country still reeling from Storm Dudley, the Met Office has issued the UK with its highest-possible weather warning. Britain has been given a RED weather warning, as Storm Eunice gets ready to batter properties with strong winds.
These winds in turn will create high tides and storm surges warn the meteorologists. As reported by the Mirror, there is a huge risk of “flying debris resulting in danger to life”, say the forecasters, with likely “damage to buildings and homes, with roofs blown off, and power lines brought down”.
This Met Office warning will be in force from 7am today, Friday 18, until 12pm, and applies to coastal areas of Somerset, Cornwall, and Devon. The south coast of Wales is also included, where all trains have already been suspended.

Frank Saunders, the Met Office’s chief meteorologist,  told the Mirror, “After the impacts from Storm Dudley for many on Wednesday, Storm Eunice will bring damaging gusts in what could be one of the most impactful storms to affect southern and central parts of the UK for a few years”.
“The red warning area indicates a significant danger to life, as extremely strong winds provide the potential for damage to structures, and flying debris”, he continued.
Adding, “Although the most exposed coastal areas in the south and west could see gusts in excess of 90mph, winds will remain notably strong further inland, with gusts of between 70-80mph for most within the amber warning area”.
Spring tides are expected this Friday morning, with 11 flood warnings being issued by the Environment Agency. These are in place for Somerset, Gloucestershire, South Wales, and the River Severn, and mean that flooding is expected.
Another 57 flood alerts are in place across other parts of England, where flooding is likely. During the next few hours, these warnings are expected to increase in number.
Local council workers along the tidal areas of the River Severn, and the South West of England, are already confirmed by the Agency to be out in large numbers. They are hastily erecting barriers, clearing screens, and closing flood gates, as reported by dailystar.co.uk.