Public debt continues to skyrocket but is lower than expected 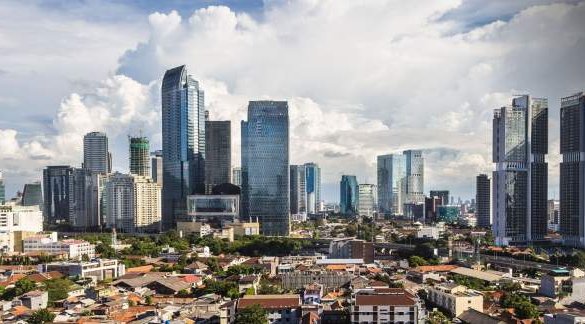 As with most nations affected by the pandemic, public debt in Spain continued to skyrocket during 2020 but at a rate lower than the government expected. According to the Bank of Spain the country’s liabilities amounted to 1,427 billion euros in December last year , 81,980 million above the figure with which it concluded 2020 (1,346 billion).
As is to be expected the bulk of the debt, 1,245 billion, is owed by the State however it does appear to have peaked even though it increased to an all-time high in 2021. Debt fell in the final quarter by 4.5 billion, the first drop since the start of the pandemic.
Debt owed by the autonomous communities rose to 313,000 million and that of local authorities by 22,000 million. Of most concern is that 99,000 million debt owed by Social Security with the remaining government organisations including SAREB owing 55,000 million.
In terms of EU fiscal rules Spain is sitting with borrowing levels of 118,7 percent of GDP, down 3.1 percent in the last quarter but still significantly above acceptable levels. The last quarter drop is the largest in the country’s history.
Importantly the debt ratio was down on expectations with government forecasts suggesting the debt ratio would reach 120 percent of GDP, and also lower than International Monetary Fund (IMF) forecasts of 120.4 percent.
Economists say there are two reasons for the better than expected figures, the first is that economy grew 5 percent in 2021 and the second is that the government borrowed less than it did in the prior year.
Although the reduction is good news it does have to be seen in the context of the 24.5 percent increase in the prior year due to the pandemic. Organisations such as the International Monetary Fund (IMF) say that the government needs to reduce the debt and to grow the GDP or it will not compensate for the hole in public accounts caused by the pandemic.
Spain has the fourth highest level of debt in the EU with only Greece (200.7%), Italy (155.3%) and Portugal (130.5%) having higher levels. In gross terms, Spain also has the fourth highest debt in the EU. Specifically, 12.2% of the debt of the euro countries is held by the Spanish public administration.
Spain is already under pressure from the EU who suspended fiscal rules during the pandemic. Those rules require countries with debt levels above 60% of GDP to take measures to contain spending or increase revenue. If the rules were reactivated as they were designed before the pandemic, Spain would have to face a process of debt and deficit reduction to a level that could damage the economic recovery.
The EU has said it wants to see a reform of fiscal rules that facilitates a more progressive reduction and more lax debt and deficit requirements.
High debt levels are also not helpful in international money markets making it more difficult and more expensive to borrow. The current situation could see Spain’s financing costs increase leaving less money to spend on the economy.
Fortunately Spain has been able to borrow at historically low rates as public debt skyrocketed, contributing to the lower than expected debt levels.