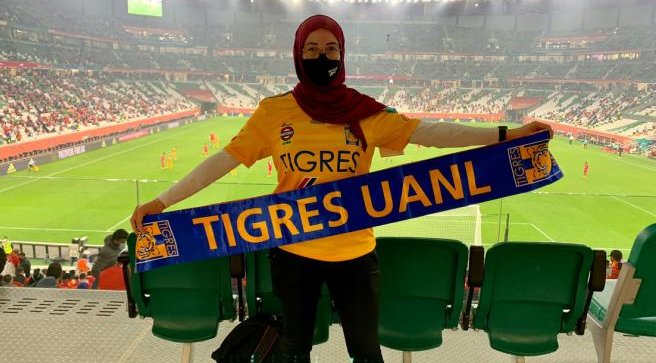 The Mexican woman went to work in Qatar organisation in charge of the World Cup, and once there she was abused by an acquaintance resulting in her being sentenced to 100 lashes and seven years in jail. Local laws consider it to be a sexual relationship outside of marriage, which is punishable by the authorities.

Paola Schietekat went to work for the Supreme Committee for Delivery and Legacy as a behavioural economist in June 2021 and has since returned to Mexico, however her case remains open.
Schietekat explains what happened in a public letter. “On June 6, 2021, I was working in Qatar as a behavioral economist at the Supreme Committee for Delivery and Legacy, the entity responsible for organising the 2022 World Cup. That night, an acquaintance, whom I considered a friend, from the Latino community in Doha got into my apartment at night, while I was sleeping.”
“After a brief struggle, as his strength exceeded mine, I ended up on the floor. Hours later, I had bruises all over my left arm, shoulder and back.”
She continues saying: “I kept a cool head: I told my mom, a colleague from work and documented everything with photos in an attempt to protect myself. Immediately afterwards, Paola denounced what happened.
“The next day I obtained the medical certificate and went to the police in the company of the Mexican consul in Qatar. There, everything was in Arabic, and with my limited Arabic I was able to explain the situation.
“When asked if I wanted a restraining order, to do nothing, or to go to the last instance, I froze, due to shock, fear and lack of sleep, and I turned to see the consul, who recommended that I go to the last instances”.
That was when the problems for Schietekat really started. “It was three hours of interrogation in Arabic, and at a certain point they demanded a virginity test from me. For some reason I had become the accused.”
The defendant’s change of version had turned a situation that was about to explode.
“In Qatar, having an extramarital relationship is paid with up to seven years in prison, and in some cases the sentence includes a hundred lashes. From one moment to another, my complaint no longer mattered. The police referred the case to the public prosecutor’s office, the only place where I had a translator,” laments Paola.
Right off the bat, Schietekat had been found guilty and had to pay for what had happened.
She says: “My assailant was acquitted of the assault charge because, despite the medical report, ‘there were no cameras pointing directly at the door of the apartment, so there was no way to verify that the assault happened.”
However, the surrealism of the case had not yet ended, as Paola’s lawyers offered her the possibility of marrying her attacker so that everything would be closed.
She chose to leave the country and in a hurry.
She concludes saying: “Of course, the charges for having a relationship outside of marriage were still in force, preventing me from returning to Qatar and forcing me to pay even more for legal representation,”
Once again the antiquated laws of Qatar have come under the spotlight as the abused woman is sentenced to 100 lashes, a reminder for those who intend either working their or making the journey for the World Cup of the need to take care.