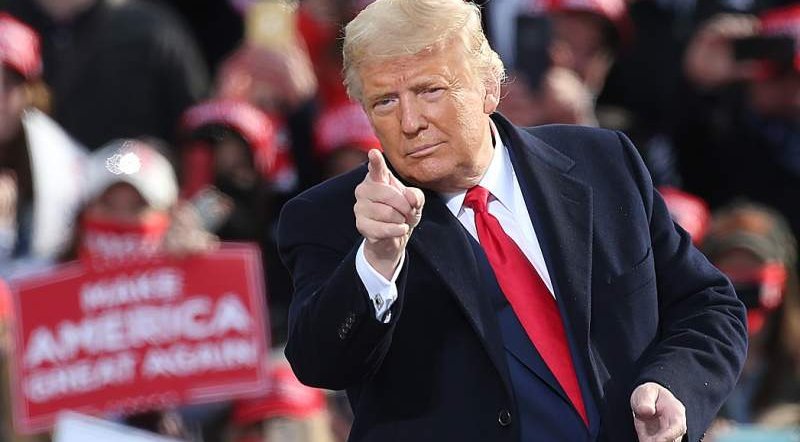 A judge has ordered Donald Trump and his two eldest children to give testify in the New York fraud inquiry that is looking into his affairs. He is however expected to appeal the court ruling, which he’s branded a “continuation of the greatest witch-hunt in history”.
The ongoing investigation into alleged fraudulent business practices by State Attorney General Letitia James has received support from New York judge Arthur Engoron who directed Mr Trump, his son Donald Trump Jr and daughter Ivanka to give evidence within 21 days to her civil inquiry.
Judge Engoron said Ms James had “the clear right” to issue her subpoenas and question the Trumps after having uncovered “copious evidence of possible financial fraud”.
He wrote that failing to issue subpoenas “would have been a blatant dereliction of duty.”
Ms James is investigating whether Mr Trump inaccurately represented his financial circumstances to secure loans.
Speaking about the judgement she said: “Today, justice prevailed.
“No one will be permitted to stand in the way of the pursuit of justice, no matter how powerful they are. No one is above the law.”
Trumps’ lawyers have accused the Democratic attorney general of flouting their clients’ constitutional rights by seeking testimony she could then use against them in a parallel criminal investigation.
Attorney Alina Habba accused James of “selective prosecution and prosecutorial misconduct that this country has never seen”, citing what she called Ms James’s “vile disdain” for Mr Trump, a Republican. Her comments echo those of Trump who has accused Ms James of a political agenda in targeting him and his family.
He said: “It is a continuation of the greatest witch-hunt in history – and remember, I can’t get a fair hearing in New York because of the hatred of me by judges and the judiciary. It’s not possible!”
Trump has the option of invoking the Fifth Amendment (the right to remain silent in a deposition) however that is something he has criticised others for doing in the past.

The Trump Organisation is subject to two law enforcement investigations, the first the uncovering of significant evidence of possible fraud. In this case the values of the Trump brand and six properties may have inflated real estate values to obtain bank loans and reduced them to lower tax bills.
Judge Engoron declined the Trumps request to put the inquiry on hold whilst the second criminal case led by Manhattan District Attorney Alvin Bragg continues.
That case accuses the Trump Organisation of tax fraud, the charges include its Chief Financial Officer, Allen Weisselberg. Both have pleaded not guilty.
No doubt as Trump is ordered to testify in the New York inquiry, he and his attorneys will go back to court to try and overturn the judge’s decision.