BREAKING: The Undertaker to headline WWE Hall of Fame 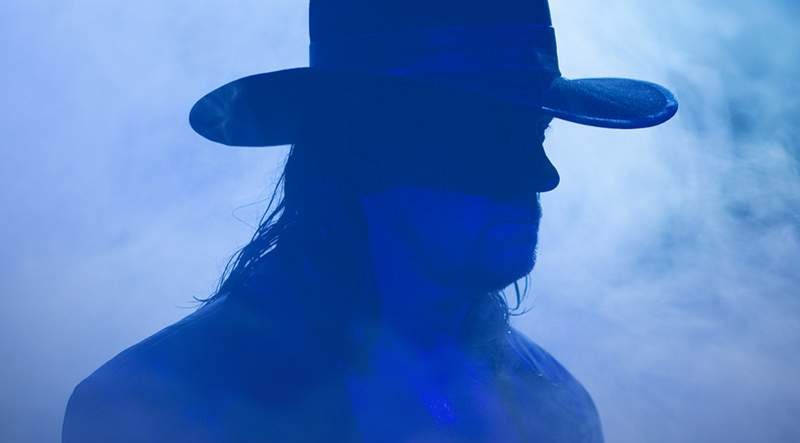 BREAKING: The Undertaker to headline WWE Hall of Fame.

BREAKING NEWS – The Undertaker will headline the WWE Hall of Fame Class of 2022 during WrestleMania 38 weekend.

In an announcement made on Friday, February 18, the world’s biggest pro-wrestling company confirmed rumours from the New York Post that the 56-year-old was indeed taking his rightful place in the prestigious WWE HOF.

BREAKING: @undertaker will be inducted into the WWE Hall of Fame Class of 2022, as first reported by @nypost! #WWEHOF pic.twitter.com/nWptEqX1Qy

Mark Calaway, better known by his ring name The Undertaker, had his last match in 2020, wrestling in a cinematic masterpiece against AJ Styles at WrestleMania 36, dubbed the Boneyard Match. Taker won the match and rode off into the moonlight.
Later that year, the Deadman made a farewell appearance at that year’s Survivor Series event, 30 years to the day after he made his on-screen debut for the company at the same pay-per-view brand.
Calloway, famous for portraying the “supernatural character” for most of his career, broke character to film a documentary about his last few years in the business. It was the first time people got to see the real man behind the Phenom.
As The Undertaker, Calloway won the WWF/WWE Championship four times, the World Heavyweight Championship three times, the WWF Hardcore Championship once, the WWF World Tag Team Championship six times, the WCW Tag Team Championship once and the Royal Rumble once.
However, he will probably be most remembered for The Streak, which saw him win 23 times at WrestleMania, losing only twice.
Fans reacted to the news online, paying tribute to his amazing career.
“Leave it at just Taker. He’s worthy of being celebrated the whole night,” one person said.
Following along the same lines, another person wrote: “Dedicate the entire show to him. Have a number of legends tell stories. Kane. Foley. Vince. Austin. Bret. Lesnar. Then Taker does his speech. Could be incredibly special.”
Noting that he wasn’t able to wrestle in front of a crowd in his last match because of the Covid pandemic, one user on Twitter said: “This man deserved to retire in front of a crowd. Thank you, WWE.”
“If he went in this year on his own I wouldn’t even be mad. Dude has earned it,” another said.
Speculation has already begun about who will induct the iconic veteran wrestler into the Hall of Fame, with The Rock, Stone Cold Steve Austin, Kane and even WWE’s boss Vince McMahon being touted as the one to do it.

The Phenom is headed to the WWE Hall of Fame.

Witness @undertaker's induction on April 1 at the #WWEHOF ceremony, right after #SmackDown at @AACenter! Tickets on sale this Tuesday, Feb. 22 at 10AM CT. https://t.co/dvulVhfWz4 pic.twitter.com/SsfCQQaXcb