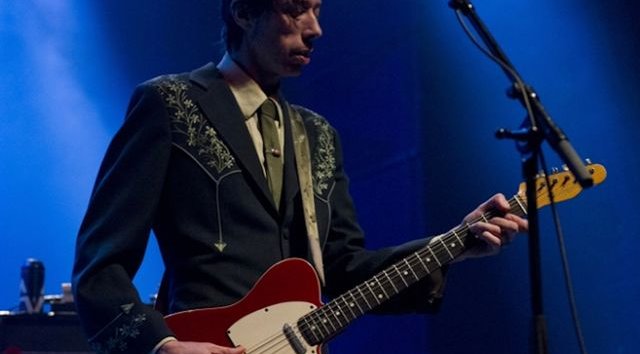 Canadian country rock band singer and guitarist Dallas Good of the Sadies dies after a short illness, at the age of 48. Good’s passing was announced in a group statement of their Facebook page as they expressed their “unfathomable sadness” over his “sudden passing”.
It is understood that the musician died of natural causes while under a doctor’s care of a coronary illness discovered under a week ago.
The Sadies described their late bandmate as “a son, a brother, a husband, a friend, a bandmate, a leader, a force to be reckoned with”, saying that they “have no words for the shock we are all feeling.”
The band, who consist of Travis Good, bassist Sean Dean and drummer Mike Belitsky, hail from Toronto, Ontario, and are known for merging rock and roll with country and western music.
The Goods are the nephews of Brian and Larry Good, members of the Canadian country band The Good Brothers.
Originally formed in 1994, the Sadies released their first album, Precious Moments, four years later with the latest Northern Passages released in 2017.
Tributes have come flooding in to honour Good, with musician and record producer Steve Albini writing on Twitter: “Just got word of Dallas Good of the Sadies passing. He was a beautiful guy and naturally gifted musician. Opened every conversation laughing, a warm, unpretentious soul. Everybody who knew him feels like they lost a brother. Requiescat.”
Rock band The Sheepdogs wrote in a statement: “Crushed to hear about the passing of our friend Dallas Good. Dallas was an amazing musician and just a great guy. We lost a good one today. Sending our love to the band and families.
“Please do us a favour and go listen to the Sadies today. They are one of the best bands ever.”
Take a listen to the Sadies who’s singer and guitarist Dallas Good dies today at the young age of 48.