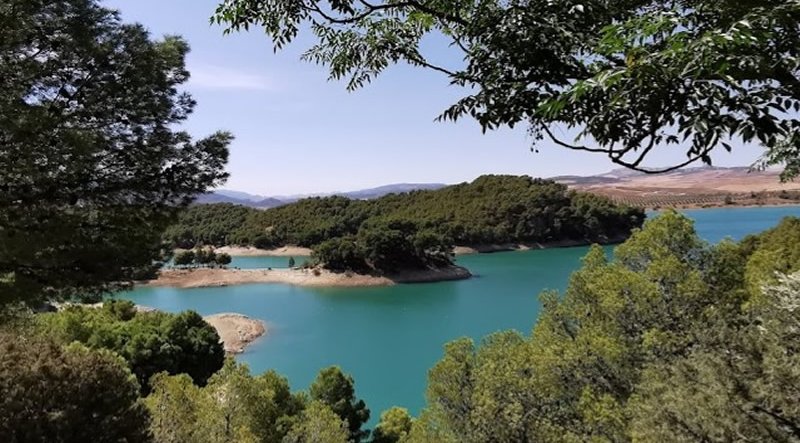 The upgrade of Malaga province’s water supplies has been demanded by Aehcos, the hotel owner’s association

Jose Luque, the president of the Association of Hotel Owners of the Costa del Sol (Aehcos) has warned of the scarcity of water reserves in the province of Malaga, with reservoirs currently below a third of their capacity on average. La Viñuela reservoir, for example, is at 15 per cent of the maximum volume.
Speaking on Friday, February 18, he stressed, “We are risking our future, because the low level of the reservoirs can cause very serious supply problems when the high season arrives”.
Mr Luque pointed out that both the central government and the Junta de Andalucia have projected works whose completion is now more urgent than ever. The serious and rapid optimisation of existing resources is also vital he said.
As he explained, if something is not done soon, then the future of the Costa del Sol’s entire tourism sector, and the province as a whole, is in jeopardy. He highlighted the fact that the population almost triples in Malaga’s high season, with an estimated 560,000 residents turning into a figure of 1.5 million during summer.
Javier Hernandez, the vice president of Aehcos added, “We note that the Conde del Guadalhorce is at 24.06 per cent as well, after a winter with hardly any rain to date”.
He pointed out, “We also have, as an aggravating circumstance, an infrastructure on the Costa del Sol that has become obsolete, after decades of service and continuous breakdowns, despite the fact that the population on the western coast has quintupled with the advance of this century”.

“We need to renew the large water pipe that supplies the entire coastal strip between Manilva and Torremolinos, about 100km long, which breaks about 50 times each year. “We have a reservoir like the one at La Concepcion, with little capacity, and which is forced to open the floodgates as soon as several periods of rain are chained together”.

“Also a desalination plant that cannot give any more of itself, and increasingly exploited aquifers that force us to receive contributions from the Campo de Gibraltar to guarantee the water supply”, argued the vice-president.

A spokesperson for the Junta de Andalucia reminded the business community that all the projects included in the Drought Decree that it approved last year are currently under execution.

They emphasised that this year, except for a last-minute delay, two of the wells on the Chillar river will be able to be connected, which will alleviate the critical situation of La Viñuela, the reservoir with the highest capacity in the province, as reported by laopiniondemalaga.es.