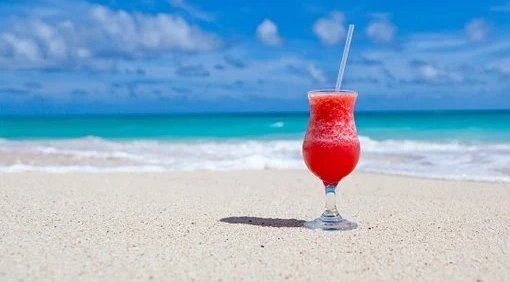 Holiday knifepoint hold-up: Scots holidaymakers say TUI won’t refund them after their holiday in Gambia turn into a nightmare.
One romantic couple were holidaying in Gambia. They had been on holiday with TUI when they were reportedly held up at knifepoint in their hotel room. The man had allegedly threatened to murder them and had taken photos of their passports.
After the shocking incident, the thug fled the holiday resort in Gambia’s Kotu. Local police later claimed that the man had been shot dead after committing a further robbery. The couple has complained that TUI should give them a refund.
Holidaymaker Lara told the Sun: “It was a big huge knife. He put it to my throat and said ‘If you scream lady I’ll f**king kill you’. I screamed. It was awful. I’m still traumatised.
Lara’s partner Alan explained: “He was taking pictures. I said ‘what do you think you’re doing’. That’s when we saw the glistening of the knife.
“He said ‘money, money’. I said ‘we have no money we have just arrived’. I said ‘you’ll kill nobody, beat it’.”
He went on to add: “The next flight home wasn’t until Wednesday and this was on the Monday morning.
“We thought ‘if we book it are we going to get anything back, are we going to see our phones again?’.
“We had saved up a lot of money to come here, why don’t we make the most of the little time that’s left. We had already booked with someone to go on a safari – we’d just let everybody down.
“If you come back, what are you going to do, you’re just going to be on edge here as well.
“Tui are saying you can claim it from insurance. Why should we when we’re mean to be under their safeguard?
“We lost three days holiday and they were saying ‘we gave you the option to fly home’. It’s still on your mind.”
The holiday had turned into a nightmare. Alan revealed: “The next couple of nights we never got much sleep at all. You were on edge all the time. The next day we were back and forward to the police station again.
“We had to go back on the Wednesday to get the phones. That was like two and a half days of your holiday – three days almost – totally ruined.
“Even after a couple of days when you were walking about you could feel Lara tensing up and everything.
“You hear about it, but you never expect it to happen to you.
“Sometimes Lara is still jumpy. You’re lying at night, even a bin moving at night you sit up and look at each other.
“Tui said ‘but we offered counselling if you want it’. I thought ‘well, is that the best you’ve got?’ We are not looking for the full price of the holiday back, far from it. It’s their attitude towards it.”
A spokesperson for TUI commented: “We’re very sorry to hear of Mr Boyd and Ms Mitchell’s experience and can understand how upsetting this would of have been for them both.
“Our resort team acted quickly to provide support, including offering the option to change hotels or return home early.
“Mr Boyd and Ms Mitchell chose to remain at their hotel and continue with their holiday.”