Spanish town has the largest deposits of mercury in the world 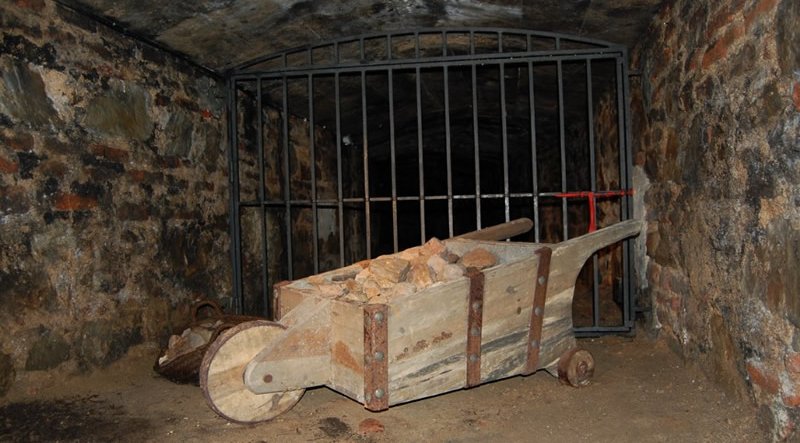 Spanish town has the largest deposits of mercury in the world. image: wikipedia - Raimundo Pastor

The Spanish town with the largest mercury deposits in the world

Almaden is a town located in the province of Ciudad Real, in the autonomous community of Castile-La Mancha. Its claim to fame is that it is home to the largest deposits of liquid mercury in the world.
Over the last 2,000 years, an estimated 250,000 metric tons have been produced by the town’s cinnabar mining exploitation. Even its name comes from the Arabic word meaning ‘the metal’. Mercury is a natural element found in the rock of the earth’s crust. You can find it in thermometers, barometers, batteries, switches, medicines, etc.
In 2012, Almaden was named a World Heritage of Mercury site by UNESCO. Due to the toxicity of mercury and its byproducts to humans, the mine has previously employed penal labour, slave labour, and prisoners of war over its long history.
Almaden’s mine stopped working in 2002, due to the prohibition of mercury mining in Europe. Metallurgical activity, and industrial processes, on the contrary, did not cease until 2003. In 2006, the mine opened again, but to the public, who can visit only the first level, some 50 metres underground.

A combined study carried out by the University of Cordoba, and the University of Castilla-La Mancha, explained that “one of the main reasons for the intoxication of miners was the extraordinary richness of the cinnabar deposits from the mine.

In some parts of the mine, it reached up to 80 per cent. This caused the symptom of hidrargyrism, a chronic poisoning caused by the absorption of mercury.

These mines were thought to have first been exploited by the Phoenicians and Carthaginians, although documentation does not begin until the Roman invasion. They had continued operating uninterruptedly since ancient times, until their closure in 2002.

Visits to the mine are perfectly safe. As Reyes Avila from the management of the Almaden Mining Park explained to 20minutos.es, “there is no way in which visiting the Almaden Mine is dangerous to health”.
Adding, “During the visit, which lasts 90 minutes, you can view the historical galleries that have been reconstructed. Their average temperature is between 12ºC and 17ºC. In more than 15 years that we have been receiving tourist visits, we have never had any problem”.