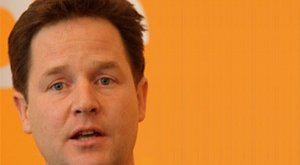 According to a report in the Daily Mail, the UK government has launched an internal enquiry to identify “Facebook spies” that may have leaked secret details about its plans to regulate social media to Facebook.
Former Deputy Prime Minister Nick Clegg, who recently became Meta’s new president of Global Affairs, is reported to have been fed sensitive information that will affect the company and its dominance in the market.
It is understood that the search will cover the Treasury, Foreign Office, and Department for Digital, Culture, Media and Sport, with the probe launched last week after a Financial Times article on the government’s upcoming Online Safety Bill. That bill aims to police social media platforms.
The Financial Times report quoted an unnamed tech executive “who has seen the proposals” about regulation that had apparently been contained in confidential letters called “write-rounds” that are only circulated between a handful of senior ministry officials, the Daily Mail noted.
An unnamed source has told the paper that fears about a potential leak had been raised as early as June 2020, when Clegg apparently cited classified information from one such letter during a Zoom call with government officials.
Officials told the paper that Clegg may have retained contacts from his time in government, which has allowed the flow of classified information but they said: “We don’t know if Clegg himself is getting this information, or the company has other sources, but they seem to know what we are up to almost before we do.”
Clegg has not commented, but an unidentified Meta spokesperson told the paper that it was “not aware” of any government inquiry. They denied “any insinuation or suggestion” that Clegg is “seeking or soliciting documents from officials,” branding such claims as “absurd and false.”
Clegg was the leader of the Liberal Democrats party and Deputy PM in David Cameron’s coalition government prior to his move to Facebook. On Wednesday, he was promoted to a he senior leadership position, reportedly “at the level” of Mark Zuckerberg, with responsibility over “all policy matters.”
The move has apparently led to Clegg being dubbed the “Master of the Metaverse.”
Legislation under discussion by the UK government could see the company having to pay more tax, to take responsibility for harmful content, and whether it should as the case is in Australia to have to pay media outlets for carrying their news stories.
With the hunt for the Facebook spies continues the UK Culture Secretary Nadine Dorries is reportedly urging Downing Street to include legislation to this effect in the next Queen’s Speech.