100,000 euros more demanded for every home lost in La Palma 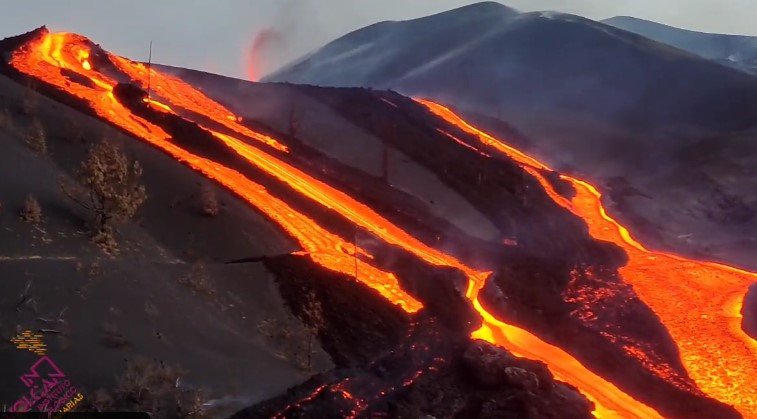 The Coalición Canaria have demanded that the government provide a 100,000 euros more for each house destroyed by the volcano on La Palma, and that the decree apply not only to those affected in the valley but to everyone on the island. They also want to make it easier for victims to build on rural land and to extend the moratorium.
José Miguel Barragán, the goup’s spokesperson said: “This government despises the Palmeros and Palmeras who time and again raise their voices to tell them that things are not being done well.”
The mayor of El Paso, Sergio Rodríguez, adds: “I am very concerned about complacency. It’s not a question of putting in desalination plants, which have not been very good, it’s a question of getting the money into the pockets of the palmeros and palmeras,”
The CC-PNC group in Parliament has called for the creation of a technical consortium to carry out the reconstruction, made up of the central and regional governments, together with the local corporations on the island.
The group hopes that President Torres does not prevent this because it would be the only way that we can all contribute together, with the proposals of the FECAM and the interested parties themselves, which have also been registered in Parliament.
Rodríguez says he cannot explain why there is not a single social housing unit in his municipality, five months later, although it was the place where the volcano erupted. He continues saying no social housing has been bought, built or delivered despite the council making land available to the government on day one.
He points out that in Los Llanos de Aridane, where the PSOE governs with its PP partners, they have provided housing but not in his town despite it being the most affected.
He says: “As of today I could not answer that question, the land is ready, the land is available, it will have to be the Canary Islands Housing Institute who will have to answer why they have not taken the decision.
“We have to take into account that there are many families living in very complicated conditions”,
Despite housing being a priority as of the end of December only 70 of the 573 homes announced have been delivered. Nor have the rental subsidies promised been received according to Rodrigues who says: “We are finding ourselves with hundreds of people who cannot decide anything about their lives, about their future, and the government continues to insist on how much it is doing, on its prompt response and that it has left no one behind”,
With 100,000 euros more demanded and demonstrations called for, the conference of presidents will be held this week in La Palma to discuss and remedy the situation.