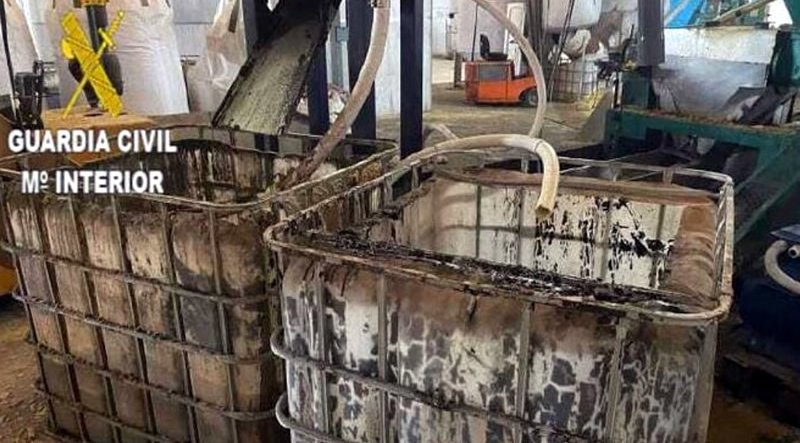 A press release on Monday, February 21, reported how Guardia Civil officers have dismantled a clandestine olive oil factory that was operating in the Sevillian municipality of Utrera. The installation was located inside a warehouse on an industrial estate.

Sunflower and soybean oils were being obtained by processing the seeds of both plants. The resulting product, known as soybean and sunflower cake, was destined for animal consumption.

Officers from the Seprona Unit of Dos Hermanas took part in ‘Operation Opson XI’ last January. It was carried out as part of the work to combat serious crime caused by food fraud and counterfeiting.


Investigators had made an initial inspection to find out if the plant had authorisations for the activity it was developing. They verified that the company was carrying out the work clandestinely. It lacked all kinds of permits, and even had its electricity supply illegally hooked up to the public network, defrauding the electricity company.

The guards took minutes and opened proceedings, while contacting the Regional Agrarian Office (OCA), and the competent body of the Andalucian Government, to carry out an administrative inspection.

Once the facts had been communicated to the Territorial Delegation of the Ministry of Agriculture, Fisheries, Livestock and Sustainable Development, as well as that of Health and Families, an operation was launched, in which inspectors from the two delegations participated.

Corresponding steps are still being made by the investigating officers to verify the traceability of all the products, in collaboration with the health inspectors of the Utrera district, as reported by diariodesevilla.es.