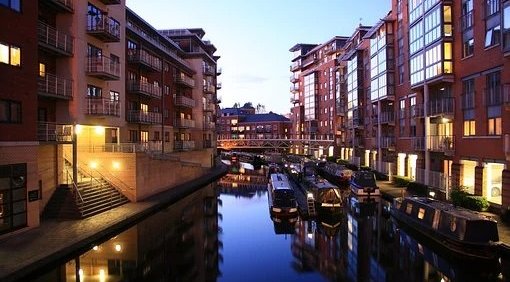 Locals were terrified and took to Facebook to share their stories after an earthquake hit the West Midlands. The quake registered in at a magnitude of 3.2 on the Richter scale. Birmingham residents felt the world shake on Monday night.

According to the European Mediterranean Seismological Centre (EMSC), earthquake was recorded at a depth of 10 kilometres. It hit at shortly before 10:30pm, 7km north west of Birmingham.

One person took to social media and said: “We were just getting into bed and thought there had been a crash or explosion near by.

“Confused by the rumbling we checked in doors and went to make sure all okay outdoors. Five of our neighbours were out there too, quite confused by the whole thing.”

A Willenhall resident revealed: “I was in bed just nodding off to sleep and felt the house shake. I thought it was someone trying to get into the house.”

The quake was also felt in Wolverhampton, Wednesbury and Dudley.

Another person told social media followers: “Earthquake in the West Midlands. Felt in Walsall, Birmingham, Dudley and Wolverhampton. It has been a crazy week with this as well as 3 storms – very strong winds on Friday and rain like I have never seen before yesterday.”

One person commented: “I was in bed and just heard a thud. The house shook, it felt like a car crashed in to the house.”

According to VolcanoDiscovery, no significant damage should have been caused by the quake. The site explained: “Based on the preliminary seismic data, the quake should not have caused any significant damage, but was probably felt by many people as light vibration in the area of the epicenter.