Solicitor goes on rampage injecting supermarket food with his own blood 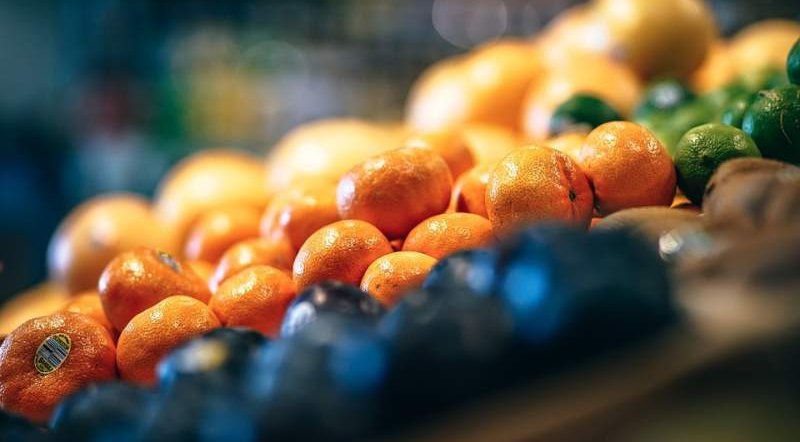 Mercadona Lowers Prices but Has Ruled out a Price War with Other Supermarkets Credit: Pixabay

A court in London has heard how a solicitor went on the rampage in Fulham, injecting supermarket food in Tesco, Sainbury’s and Waitrose using syringes filled with his own blood. The cost of the rampage is put at nearly £500,000 (600,000 euros).
Leoaai Elghareeb, 37, had a bucket full of syringes as he walked down a stretch of Fulham Palace Road in Fulham and entered the three supermarkets to contaminate the food products, it is said.
Isleworth Crown Court heard that Elghareeb used the syringes to inject the blood into apples and a packet of chicken tikka fillets at Waitrose, forcing staff to shut down the store as a safety precaution.
In a nearby Sainsbury’s he is accused of contaminating meat and ready meals, as he is of pelting staff and customers with eggs before assaulting a security guard.
Elghareeb, who is a qualified solicitor and the director of Opus Legal Contractors, allegedly injected more food in a Tesco Express and threw a plant pot at a waiter before he was arrested by police, according to the charge sheet.
Opening the case on Monday, Prosecutor Philip Stott said Elghareeb is accused of throwing syringes at passers-by in the street as he started his actions, on August 25 last year, striking Dr Meghana Kulkarni in the chest with one in an alleged assault.
He said:  “In the early evening of a late summer’s day last year, Elghareeb walked down the Fulham Palace Road in west London carrying a bucket. It was filled with syringes, some of which had hypodermic needles attached.”
“A number of those syringe were filled with blood – his own.
“Elghareeb then entered, in turn, three supermarkets on the Fulham Palace Road. In order, they were Waitrose, Sainsbury’s and Tesco. He proceeded to stick those syringes in food products (injecting the supermarket food) inside the branches of those supermarkets.
“Along the way he threw some of the syringes at people inside and outside the store including hitting a passerby on the street.
“As he was confronted, because of his actions, by a succession of store personnel inside the supermarkets he assaulted one of them by pushing him, in addition to throwing verbal insults at those around him.”
Mr Stott told jurors Elghareeb is accused of assaulting Dr Kulkarni before he reached the supermarkets.
He continued saying: “The defendant was staring at Dr Kulkarni as he approached, she felt uncomfortable as he seemed aggressive.
“She moved out into the road and passed him walking along the road as he walked on the pavement.
“As the defendant passed her, he threw a syringe at her, hitting her in the chest. Fortunately the syringe had no needle attached to it, and it just bounced off her without causing injuries.”
Elghareeb is accused of first reaching the Little Waitrose which is just a short walk from his £600,000 home, and was alleged caught CCTV walking down the aisles throwing syringes and injecting food on the shelves.
Syringes were later found on the floor and others still embedded in food packets.
Stott added: “Once staff inside the store realised what had happened, they told everyone inside to drop their shopping and leave, and then closed the store.
“At Sainsbury’s, Mr Elghareeb pushed Bilal Ansari in the chest as he was confronted by members of staff. Mr Ansari will tell you that the defendant was shouting things like ‘you are all vile people and Sainsbury’s is vile’.
“He was also swearing at the staff and at customers and throwing eggs, before then leaving.”
Elghareeb was caught on CCTV cameras as he allegedly carried out the acts including “Throwing a plant pot through the door of the Avanti restaurant on Fulham Palace Road, narrowly missing a waiter.”
He was ultimately arrested outside The Distillers pub in Hammersmith.
Jurors heard a total of 21 syringes were recovered, and the bill ran to £467,000 after the supermarkets carried out deep cleans and threw away contaminated food, with Waitrose losing £207,000 (247,000 euros), Sainsbury’s £143,000 (167,000 euros) and Tesco £117,000 (139,000 euros).
The prosecutor said Elghareeb was in the legal sense “insane” at the time and the he was not likely to dispute that he was the man with the bucket of syringes, and will offer a plea of no contest.
He finished saying: “That is to say, the defence will call to give evidence before you psychiatric experts who have examined the defendant and have concluded that, whilst the defendant is fit to stand trial now, at the time of these events, he was suffering from a disease of the mind so as not to know the nature and quality of the acts he was doing was wrong.”
The trial continues with solicitor Elghareeb having pleaded not guilty to three charges of injecting supermarket food and two charges of assault by beating.