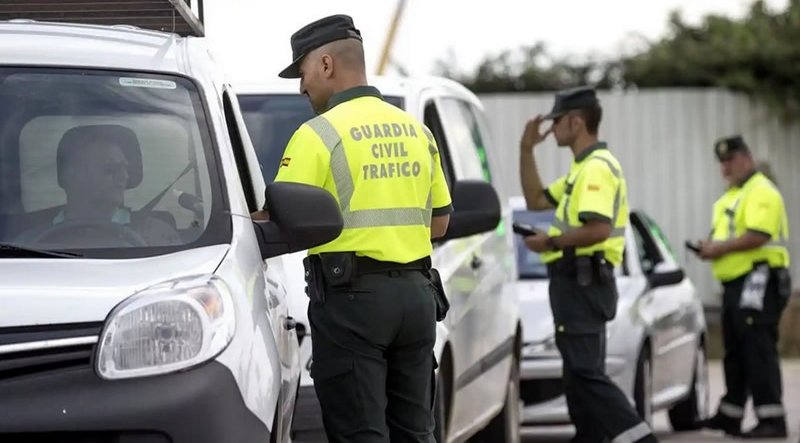 Big traffic law changes were approved in December with a view to reducing accidents and deaths, which bring big changes that are effective from March21. The new Traffic and Road Safety Law focuses mainly on the review of infringements that deduct points from your licence.

Mobile phones – The first, and most important of all of the changes is the tightening of the penalty for carrying a mobile phone in your hand while driving. After becoming one of the main causes of road accidents, the DGT has decided that this infraction will go from having a sanction of three points to one of six and a fine of 200 euros.

Refuse – The second is the discarding of items onto the road or alongside the road that could cause fires or accidents. In the past that meant four penalty points on your licence but that will be increased to six. This is intended to keep the roadsides clean and also to avoid fires, as well as to reduce the incidence of vehicle damaged caused by items on the road.

Bicycles – The third and one of the new offences is the overtaking of bicycles and mopeds. Failure to give the rider sufficient space will cost you six points. So what’s new~? When overtaking on a road that is two or more lanes you will have to fully occupy the adjacent lane, which means if a cyclist is on the shoulder and there are two lanes you will need to go into the lane furthest from the cyclist to overtake him or her. If it is a single lane you will need to have a minimum separation of 1.5 metres or you will lose the six points.

Helmets and seatbelts – Not using the correct helmet or using it correctly will be an offense, as it will for not using or incorrectly using a seatbelt. The points for this offence go from three to four.

Speed limits – the most controversial is the removal of the ability to break the speed limit by 20kmh when overtaking. That will no longer be allowed and will attract the corresponding fine for having broken the speed limit.

Radar inhibitors or speedometers – these are prohibited whether in use or not and will attract a penalty of three points and a 500 euro fine. So if you have one in your car remove it or you risk being fined.

Bicycle lanes – you will no longer be allowed to stop or park in a bicycle lane or path, a measure designed to protect the group considered most vulnerable on the roads.

Low emission – the last major change is that it will be mandatory to respect the traffic restrictions that respond to the active protocols in the event of pollution episodes and Low Emission Zones (ZBE).

It is believed that the traffic authorities have been told to actively police the big traffic law changes that come into effect on March 21, so take note as some of these change decade ling practices.