Stealth Omicron: Should we be worried about sub variant BA.2 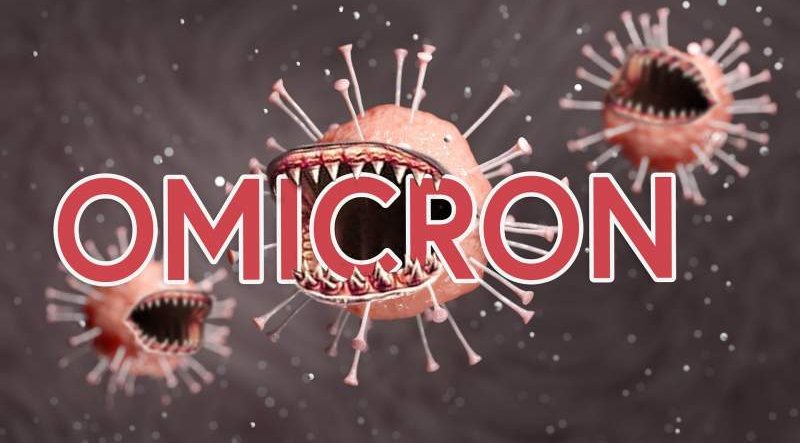 Some weeks ago reports emerged of an Omicron sub variant named BA.2 that had been noted in parts of Northern Europe, but with Omicron rife it has managed to stay below the radar. So should we be worried?
The scientific community have for some time been warning that caution is needed in the removal of all restrictions, worried about another wave. Well it seems that they may have been thinking of BA.2 when stating their concerns with the sub variant now having been found in more than 40 countries including the UK and Sweden.
Believed to be more contagious than Omicron, the sub variant has earned the name the “Stealth Omicron” as it has slowly spread becoming the dominant version in Denmark, researchers in the US are bracing for a similar trend.
“A lot of us were assuming that it was going to quickly take off in the United States just like it was doing in Europe and become the new dominant variant,” Nathan Grubaugh, an Associate Professor of Epidemiology at the Yale School of Public Health, told NPR.
The fears are because the variant has outpaced the other strains when it comes to its spread, sparking fears that it is more transmissible.
According to the World Health Organisation (WHO) there are three variants of Omicron, BA.1 having been the most dominant recently.
Omicron, which is also referred to as B.1.1.529, has three main sub strains, BA.1, BA.2, and BA.3, according to the World Health Organisation (WHO). However, in many countries, the BA.2 has begun to spread faster.
What is making it more difficult to detect is that it does not differentiate enormously from the Omicron variant that we all know, making it difficult to detect. So a PCR test will show the person as positive but it won’t tell you which variant you have caught. To do that you need advanced testing in a lab.
Dr Wesley Long, a Pathologist at Houston Methodist in Texas told the Associated Press: “It’s not that the test doesn’t detect it; it’s just that it doesn’t look like Omicron,” “Don’t get the impression that ‘stealth Omicron’ means we can’t detect it. All of our PCR tests can still detect it”.
The UK Health Security Agency designated the BA.2 as a variant under investigation in January while emphasising that current case rates are very low, however they have said that they will undertake further analyses. A statement issued by the agency said: “This sub-lineage, which was designated by Pangolin on 6 December 2021, does not have the spike gene deletion at 69-70 that causes S-gene target failure (SGTF), which has previously been used as a proxy to detect cases of Omicron.”
“UKHSA are continuing to monitor data on the BA.2 sub-lineage closely,” it added.
Dr Meera Chand, Incident Director of the UKHSA, said: “it is the nature of viruses to evolve and mutate, so it’s to be expected that we will continue to see new variants emerge as the pandemic goes on.
“Our continued genomic surveillance allows us to detect them and assess whether they are significant.”
The WHO has labelled BA.s as a variant of concern but it has not given any special designation to it saying that: “Further studies are needed to better understand the properties of BA.2, including comparative assessments of BA.2 and BA.1 for key characteristics such as transmissibility, immune escape and virulence”
The WHO has also called on countries to increase surveillance through testing and sequencing to better understand the Omicron sub-variants.
According to Denmark’s Statens Serum Institut: “Initial analysis shows no differences in hospitalisations for BA.2 compared to BA.1. It is expected that vaccines also have an effect against severe illness upon BA.2 infection.”
Danish Health Minister Magnus Heunicke said the BA.2 Omicron sub variant appears more contagious but not more severe, and therefore we should not be worried but vigilant.