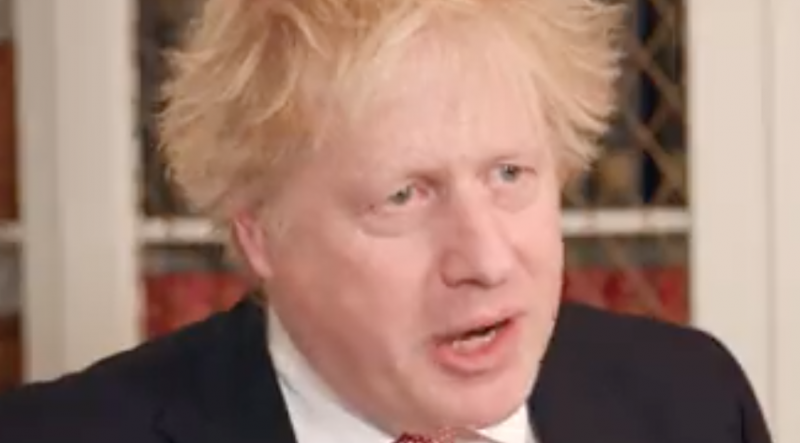 Three “very high net worth individuals” will also have any assets held in the UK frozen, according to the PM, who made it clear this is only the “first tranche” of measures, with more sanctions set to be imposed in the event of a full-scale invasion.

“This is the first tranche, the first barrage of what we are prepared to do,” he said.

“We should steel ourselves for a protracted crisis.”
Mr Johnson noted that the sanctions against the banks and individuals are “new and unprecedented”. He also said that the three individuals will be banned from travelling to the UK.
The individuals are believed to be Igor and Boris Rotenberg, and Gennadiy Timchenko, who have been on the US sanctions list since 2018.
Speaking about Vladimir Putin‘s plans to invade Ukraine, Boris Johnson told MPs: “I think honourable members will struggle to understand or to contemplate how in the year 2022 a national leader might calmly and deliberately plot the destruction of a peaceful neighbour.
“Yet the evidence of his own words suggest that is exactly what President Putin is doing.
“When I said on Saturday that his scheme to subvert and invade Ukraine was already in motion before our eyes, the events of the last 24 hours have sadly shown this to be true.
“We must now brace ourselves for the next possible stages of Putin’s plan.
“The violent subversion of areas of eastern Ukraine by Russian operatives and their hirelings followed by a general offensive by the nearly 200,000 Russian troops gathered on the frontiers at peak readiness to attack,” he concluded.
Labour lead Sir Keir Starmer described Russia’s “invasion” of Ukraine on February 21 as a “dark day” for the world but reiterated Boris’ stance that the UK needs to “stand firm in our support of Ukraine”.